At my old job, we'd use "on the road" to describe being out of the office on a work trip. The phrase was appropriate regardless of actual physical location at the time or means of transport. This occasionally led to phone conversations where a client would interject with concern halfway through my walking them through a powerpoint, "Shouldn't you not be doing this while you're driving?" (Which, of course, I wasn't).

At my current job the comparable phrase is "in the field," which is used to describe time out of the office regardless of the distance or nearness one spends to an actual field in that time. (Remember that I work in agriculture, and so time in actual fields is far from out of the question).

Hence my first two trips spent "in the field" were passed at all-day meetings at decent hotels in regional capitals. I recently returned, however, from a six-day trip that--despite four of the nights being spent at a decent hotel in a regional capital--involved spending actual time in actual fields:

In my tradition of attaching personal travel to work travle, my journey actually started with a trip to Lalibela, probably the most touristed place in Ethiopia. Ours was one of two flights in that day: 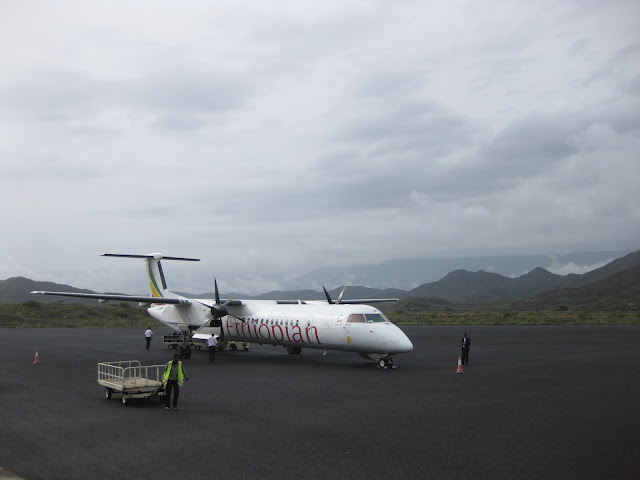 Lalibela is famous for its rock-hewn churches from as long ago as the 12th century. Rock-hewn basically means that instead of just building a church, they excavated all of the "non-church" from a giant rock. (Blame UNESCO for the ugly metal support): 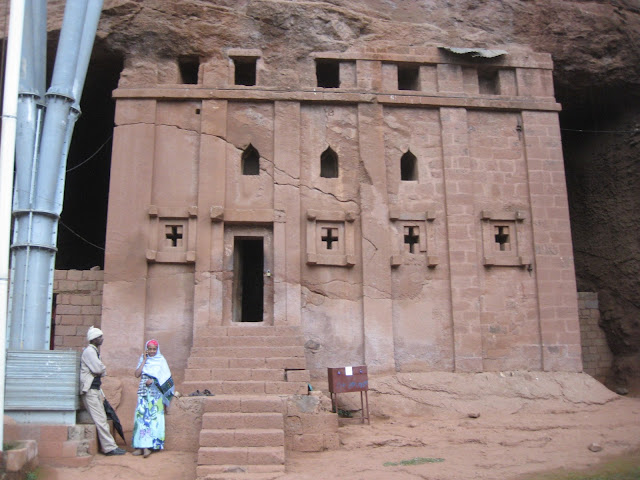 St. George's church below is the most famous: 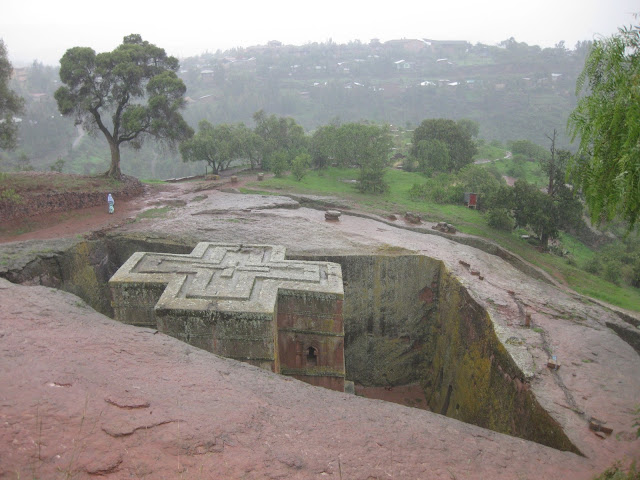 Two cramped buses, seven hours, and 350 km later I was in Bahir Dar, the capital of Amhara region and a picturesque city on a large lake: 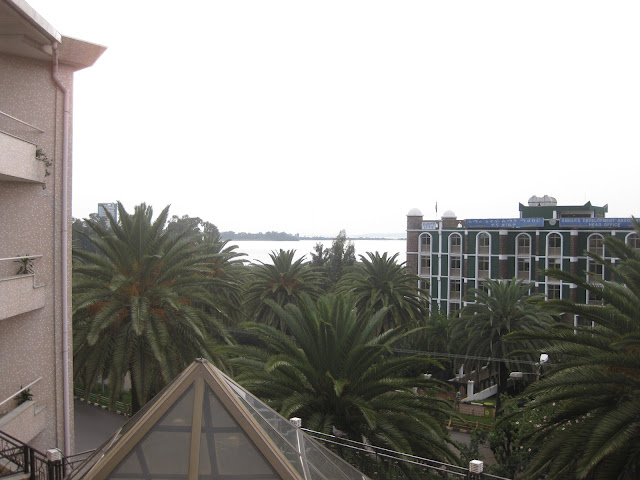 The work part of the trip started at the Amhara Regional Bureau of Agriculture: 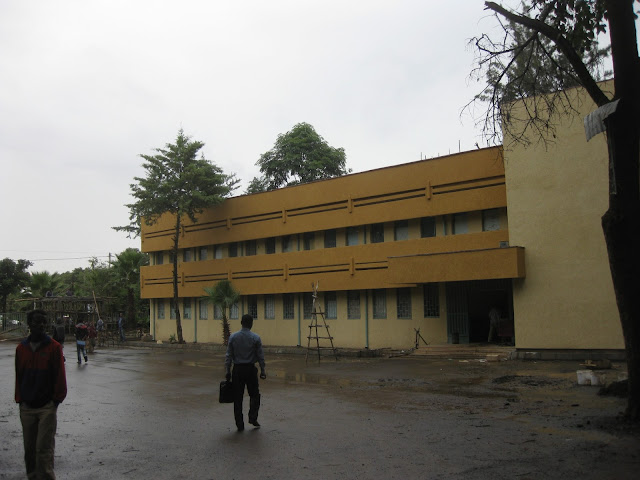 That was followed by a trip to maize fields! 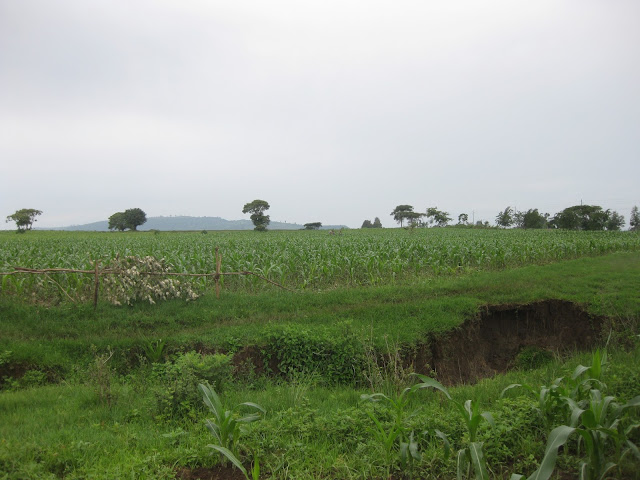 We stopped at several points to talk with farmers. The picture below shows a field where weeding is half-complete. We asked the farmer (not pictured) about the new system being piloted for maize seed distribution: 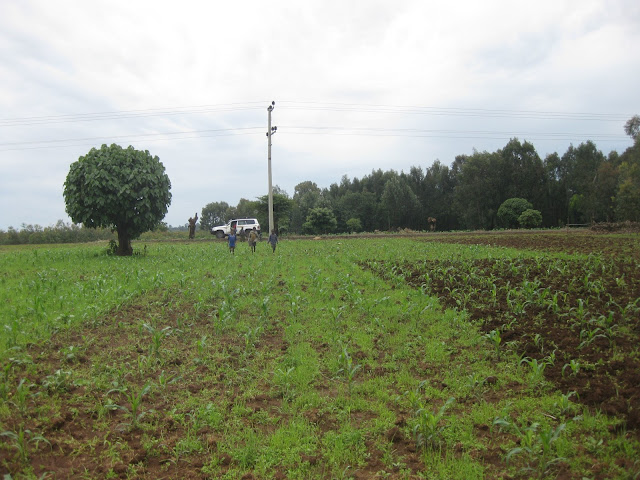 We visited several primary cooperatives, including the one below. These distribute seed and fertilizer to smallholder farmers, and often purchase their output as well: 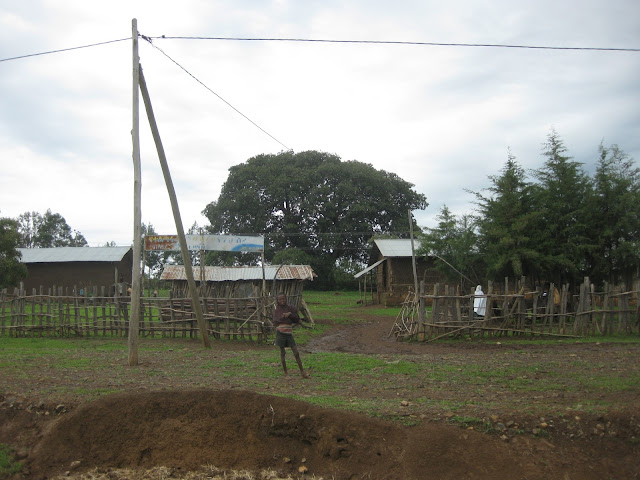 We stopped at this Farmer Training Center to meet with the development agents: 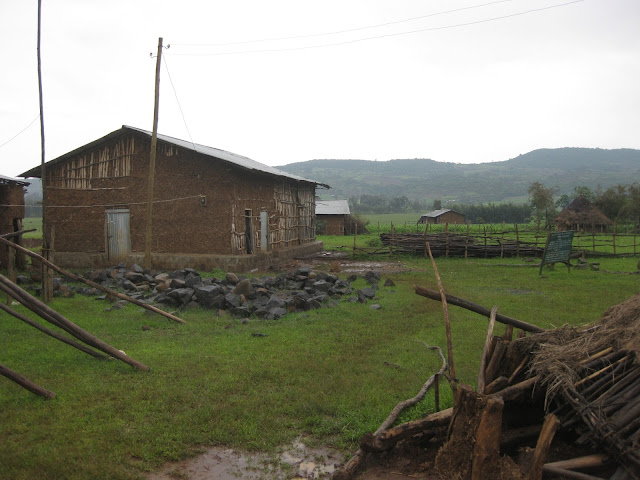 However, the road in and out was nearly impassible: 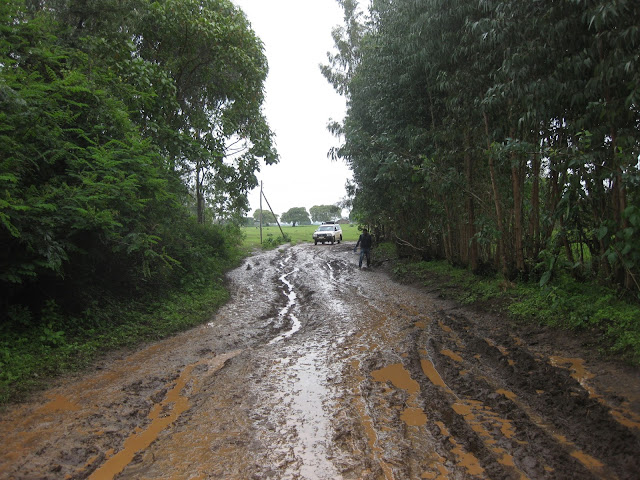 Distribution of inputs (DAP fertilizer) at another Primary Cooperative: 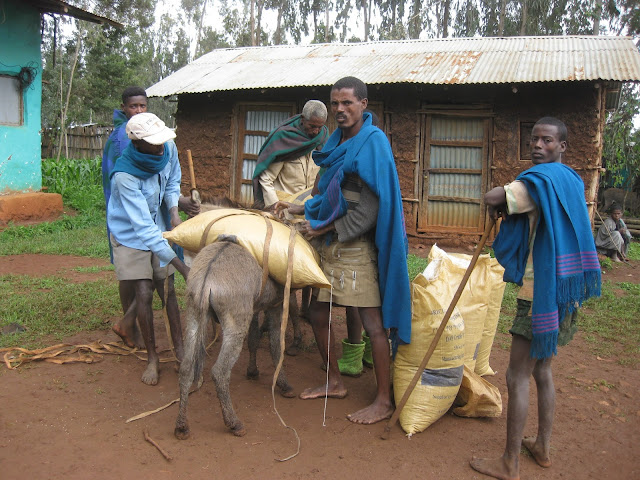 Large-scale storage facilities at a Cooperative Union (parent of the primary cooperatives): 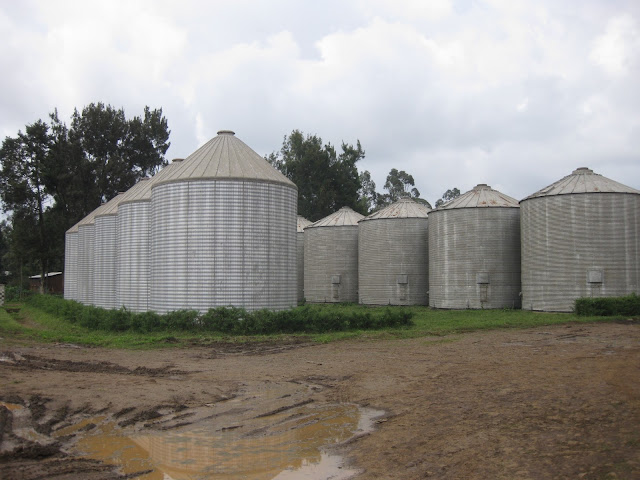 Overall, I covered 1,000 kilometers in 7 days. (Note that Google's drive time estimate below is extremely inaccurate under Ethiopian road conditions): 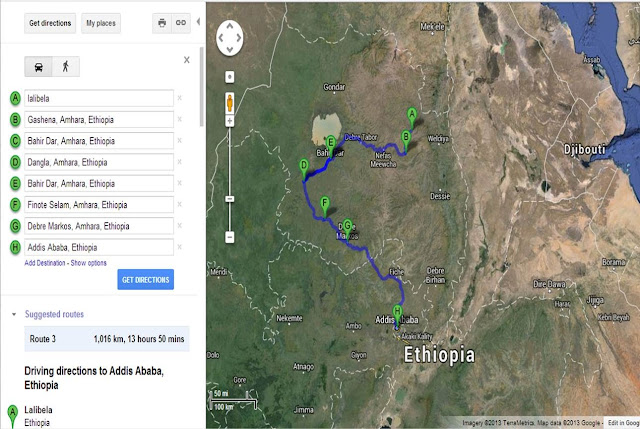