In my continuing quest to share with you an inadequate representation of my life only several months after I've lived it, below I have photos from 3 trips I took between late December and early February. At this point, I'm leaving Ethiopia in less than a week--for further travels in fact--so I'm kind of racing the clock to get caught up to present.

The first set of photos below were actually taken by my mother, and capture our family safari to two camps in southern Tanzania (Ruaha and Selous).

Below is a giant baobab tree. Elephants like to engage in tusk-play with the baobab's trunk: 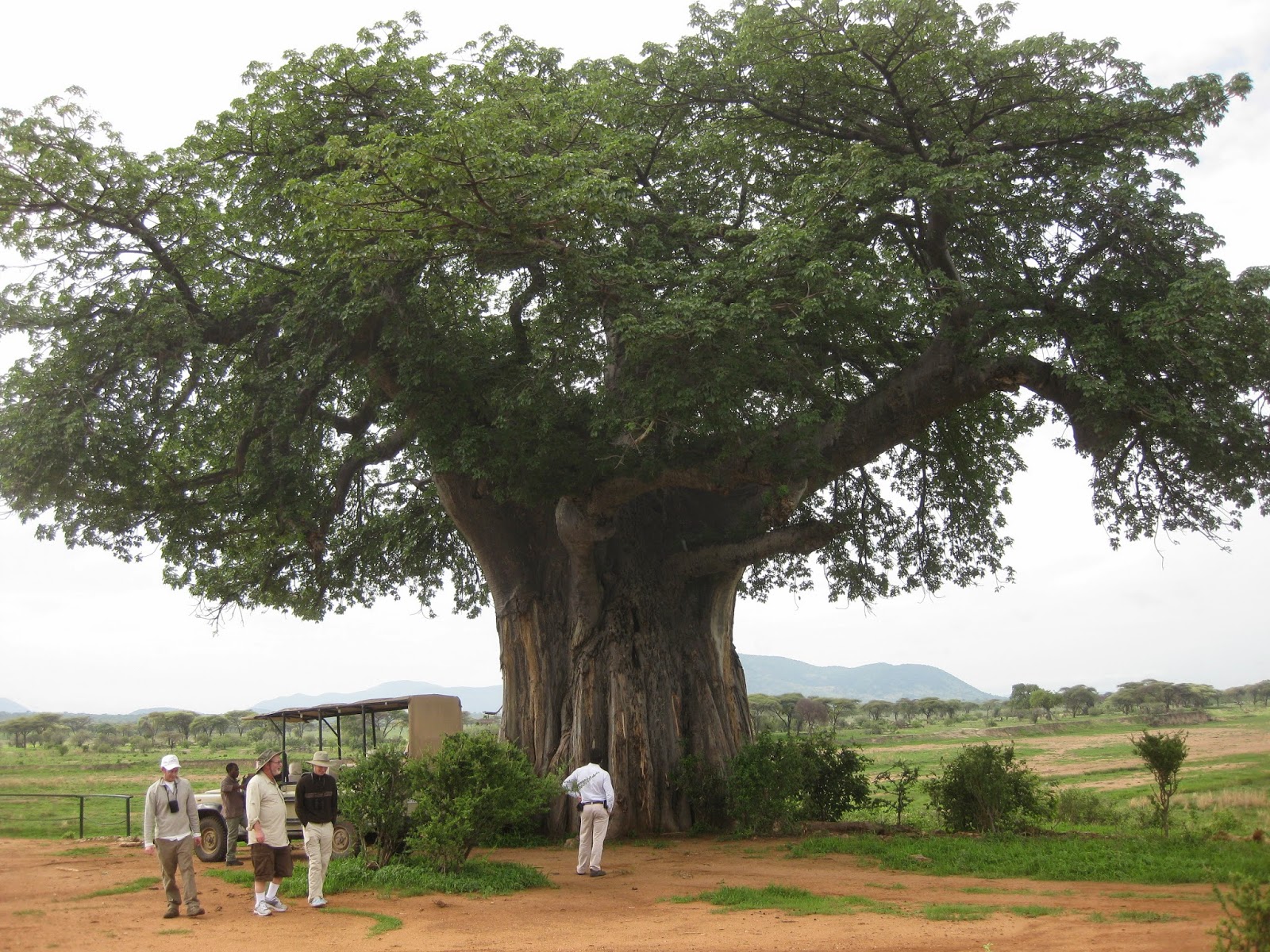 And we saw plenty of elephants: 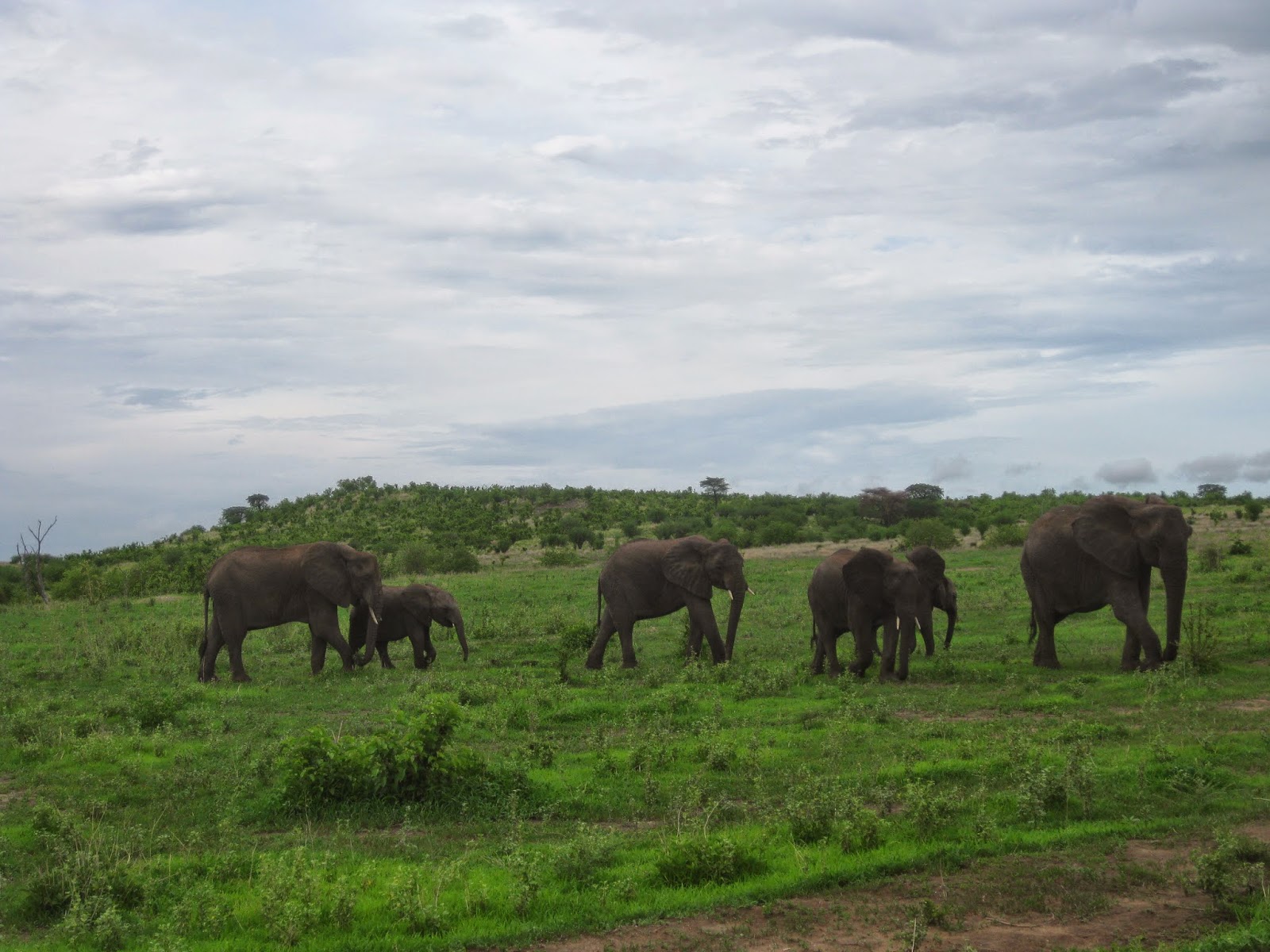 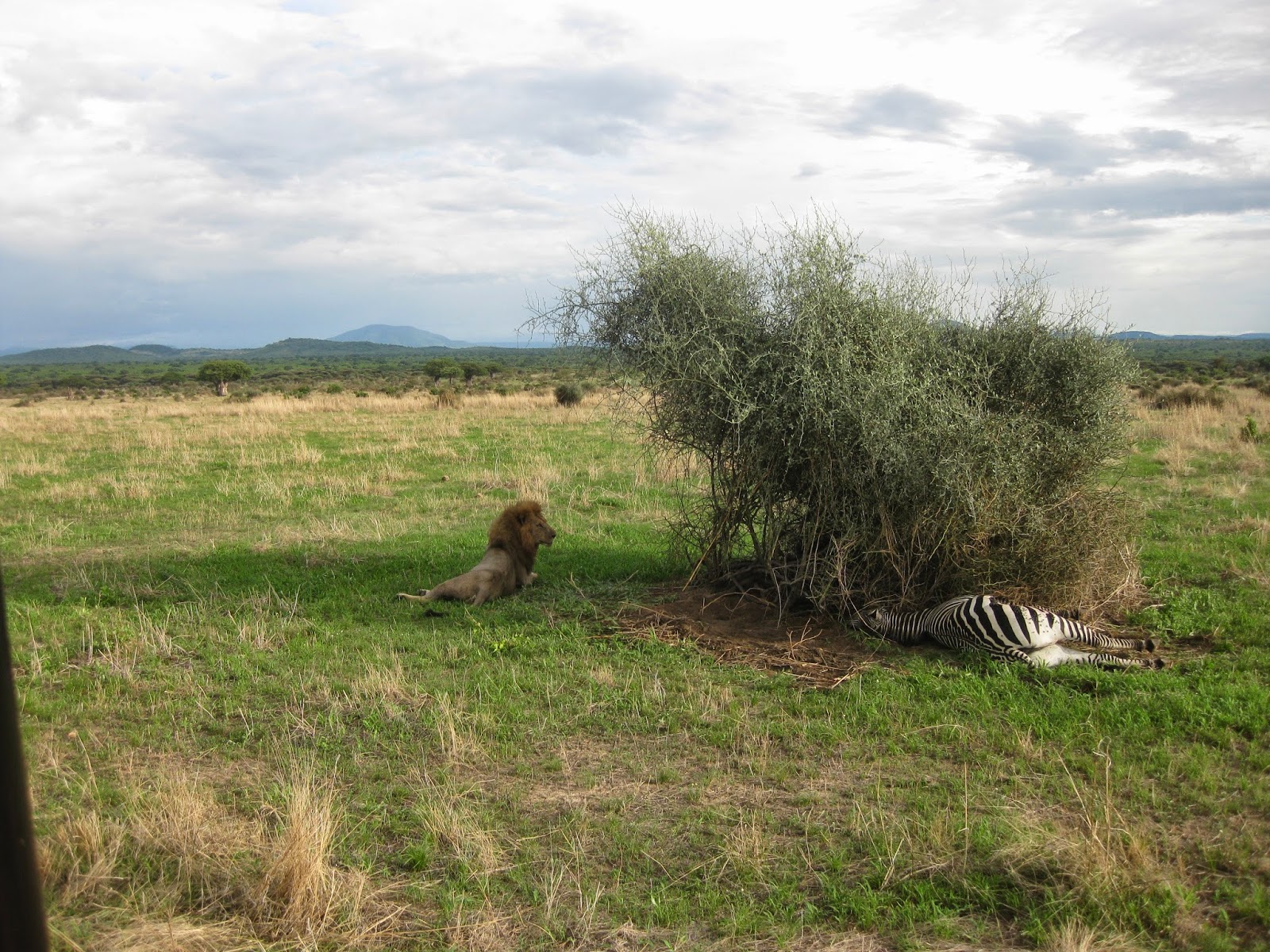 The dining tent of our camp at Ruaha. We weren't exactly suffering in our time "in the bush": 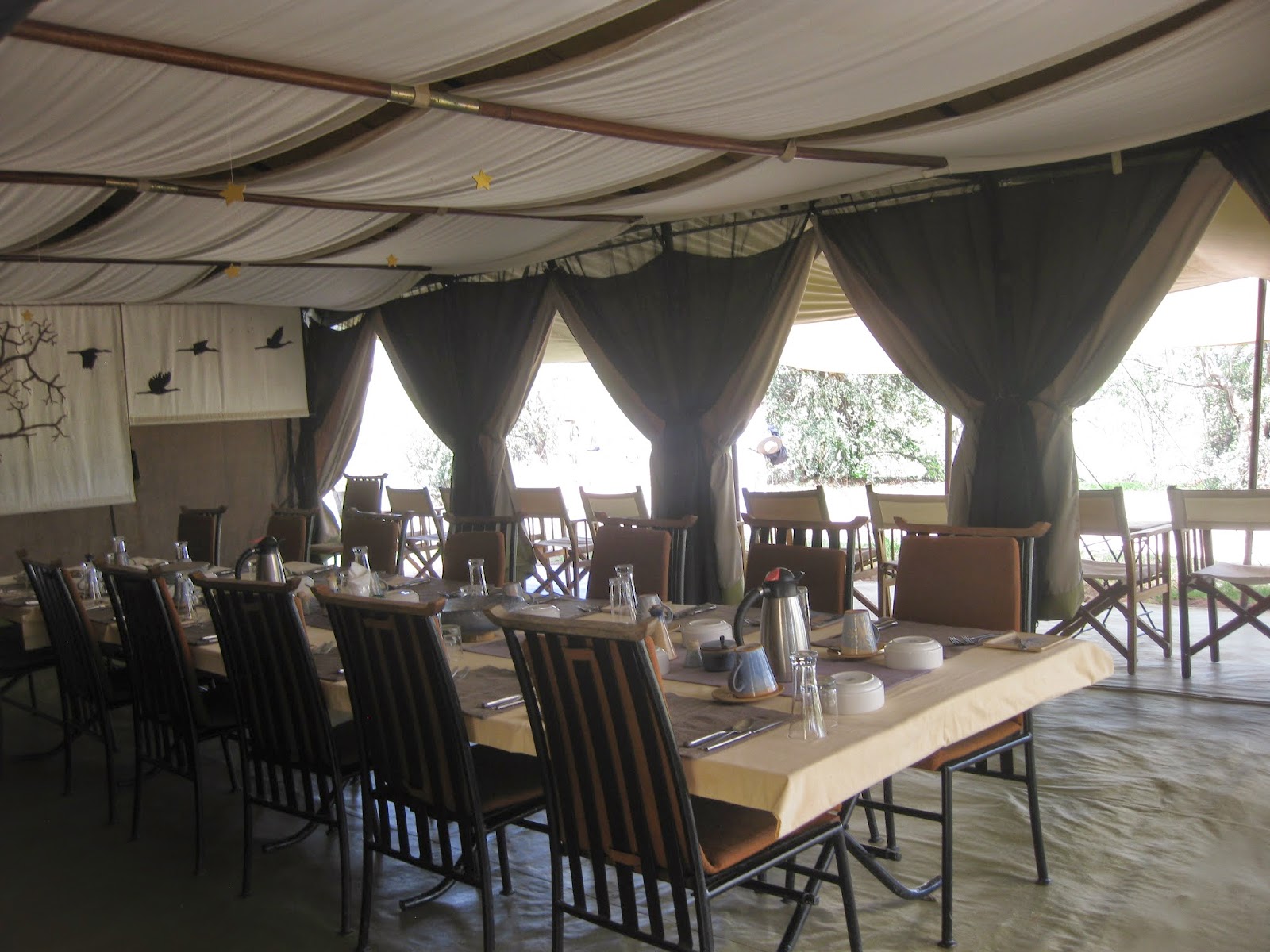 Although transport options were somewhat limited: 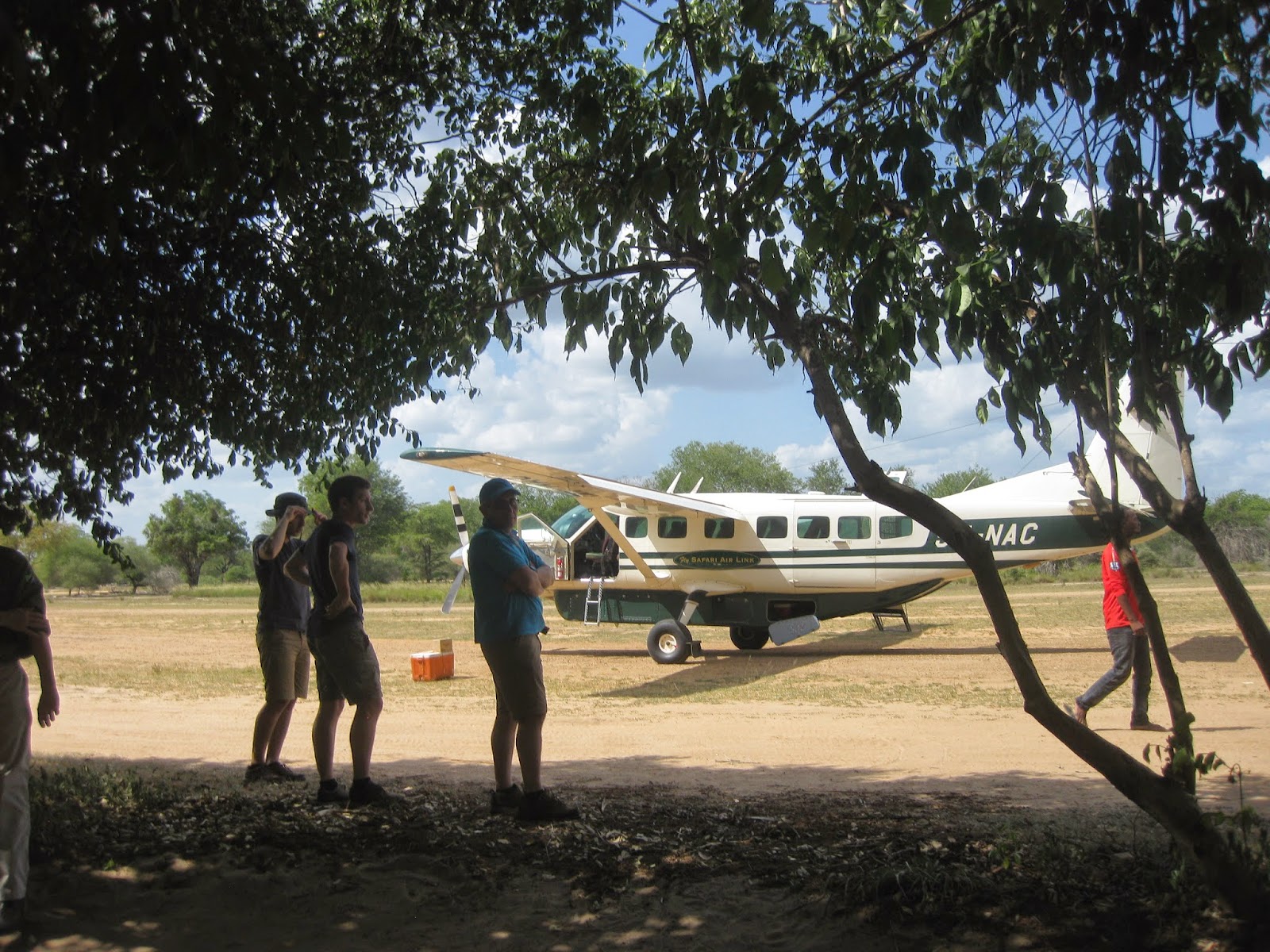 The remaining photos are from Selous, where we saw much of the same wildlife as Ruaha, including giraffes: 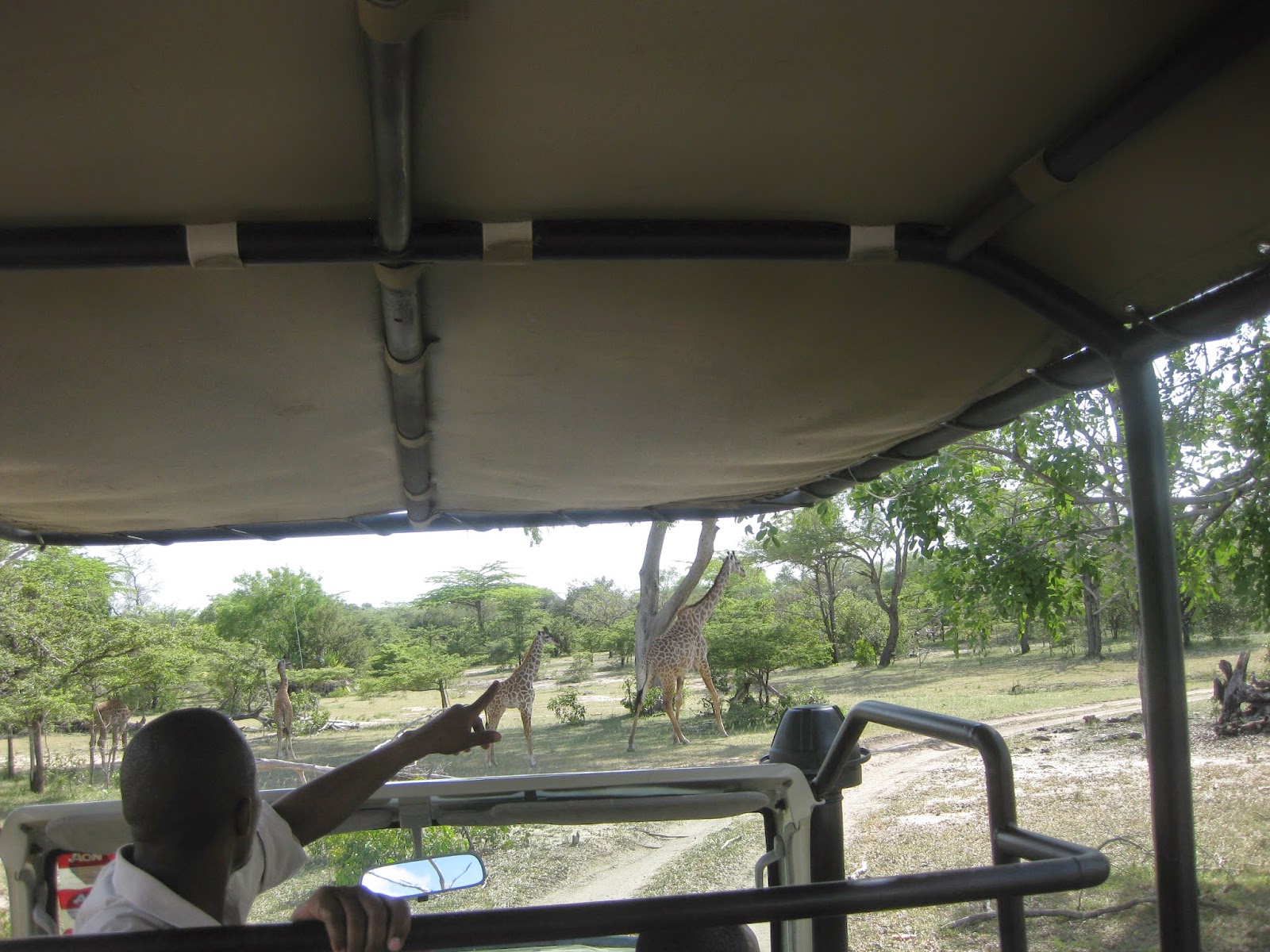 We also saw hippos (which hadn't been present at the other, drier camp): 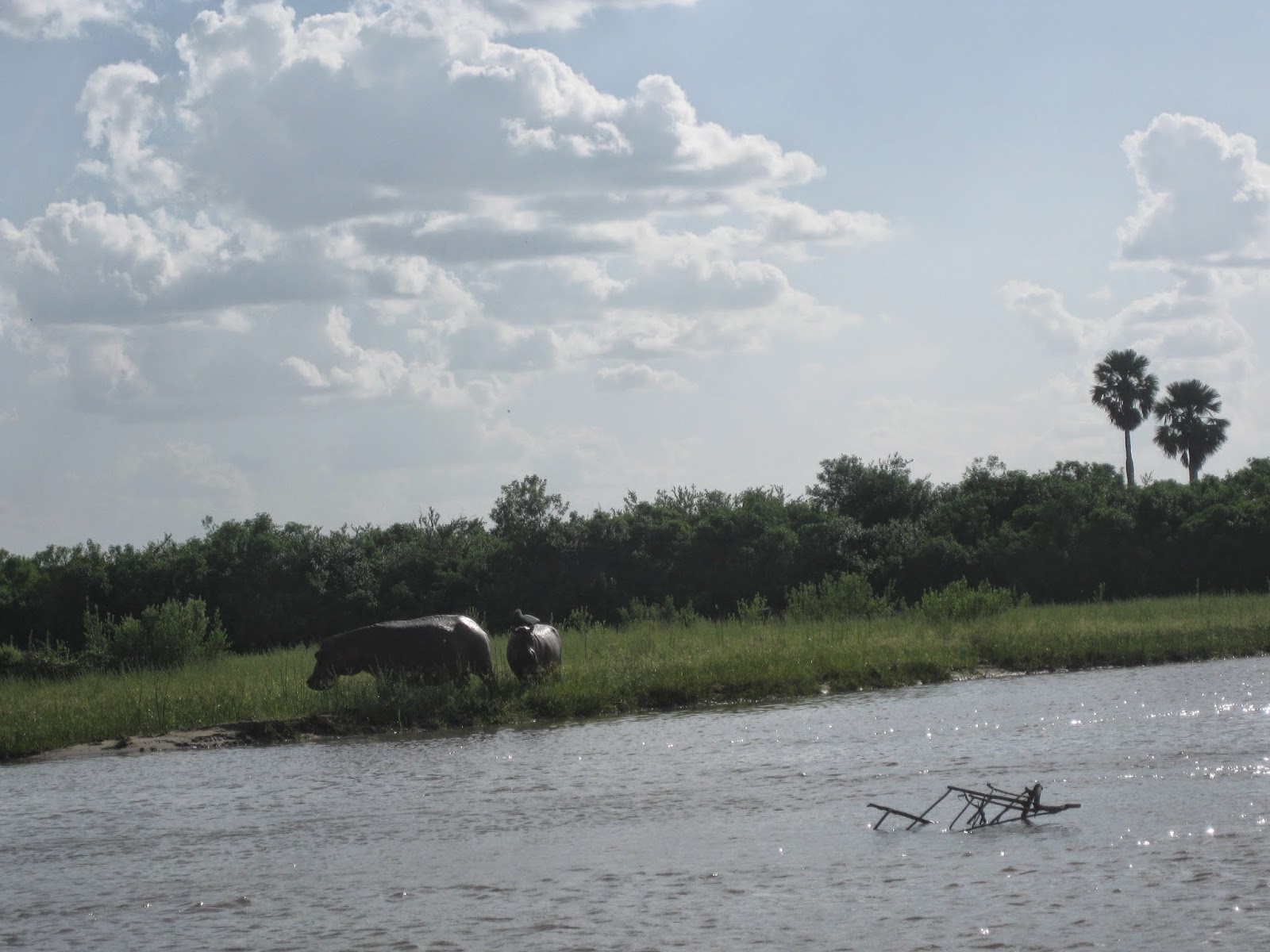 Below, some really funny looking wildebeests: 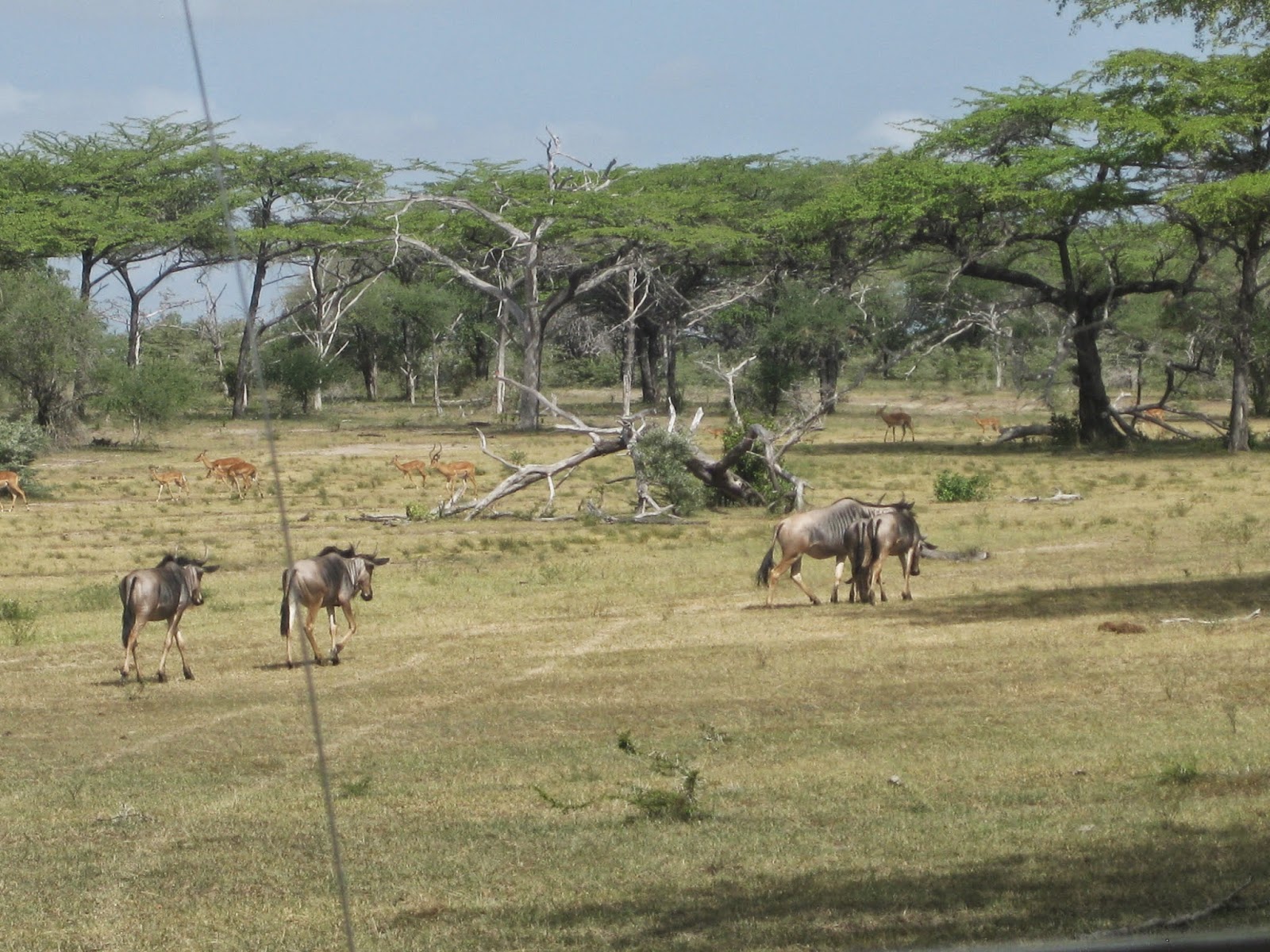 A pack of wild dogs. Apparently a rare find. We didn't take any home: 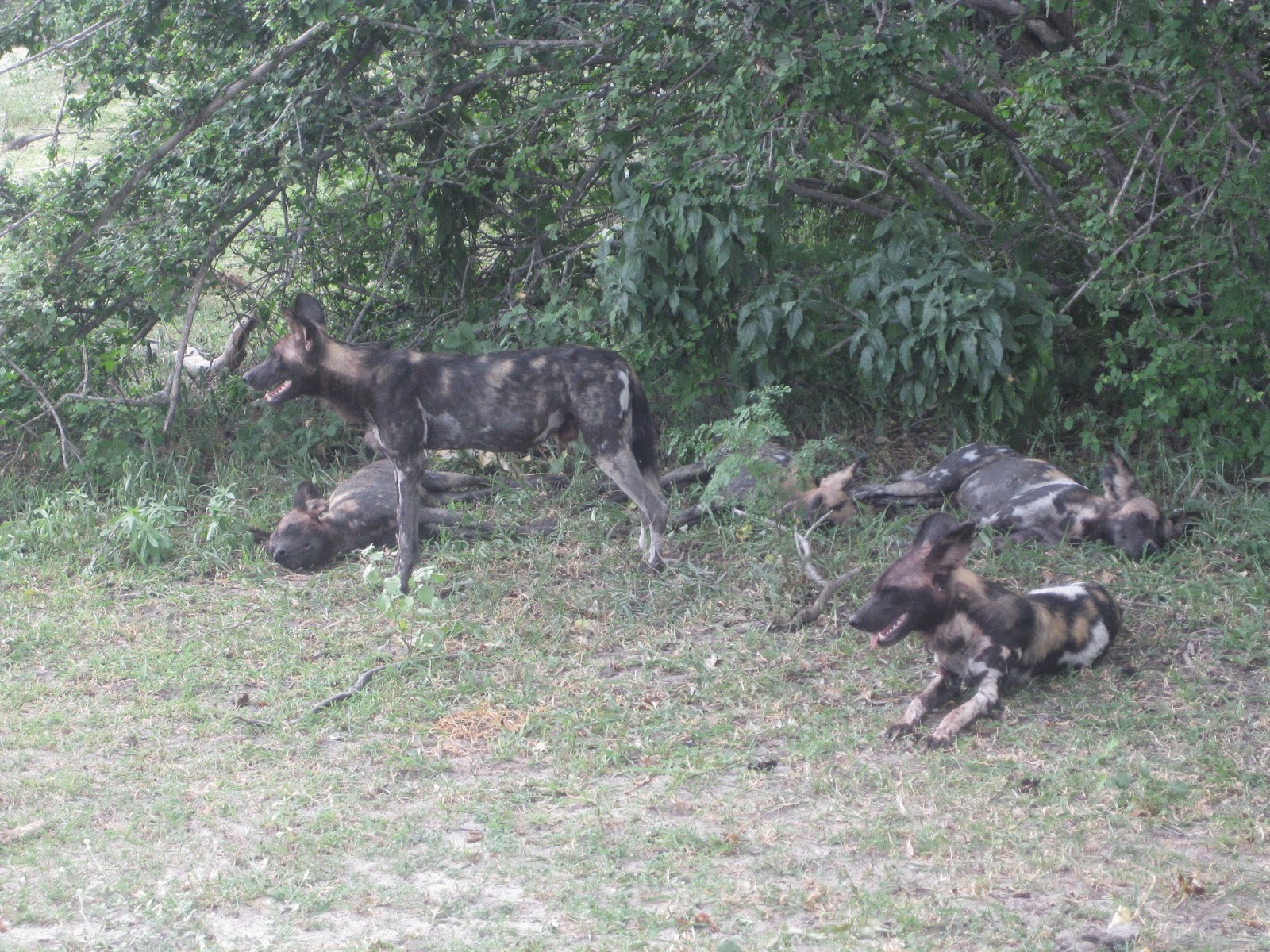 Here are some monkeys: 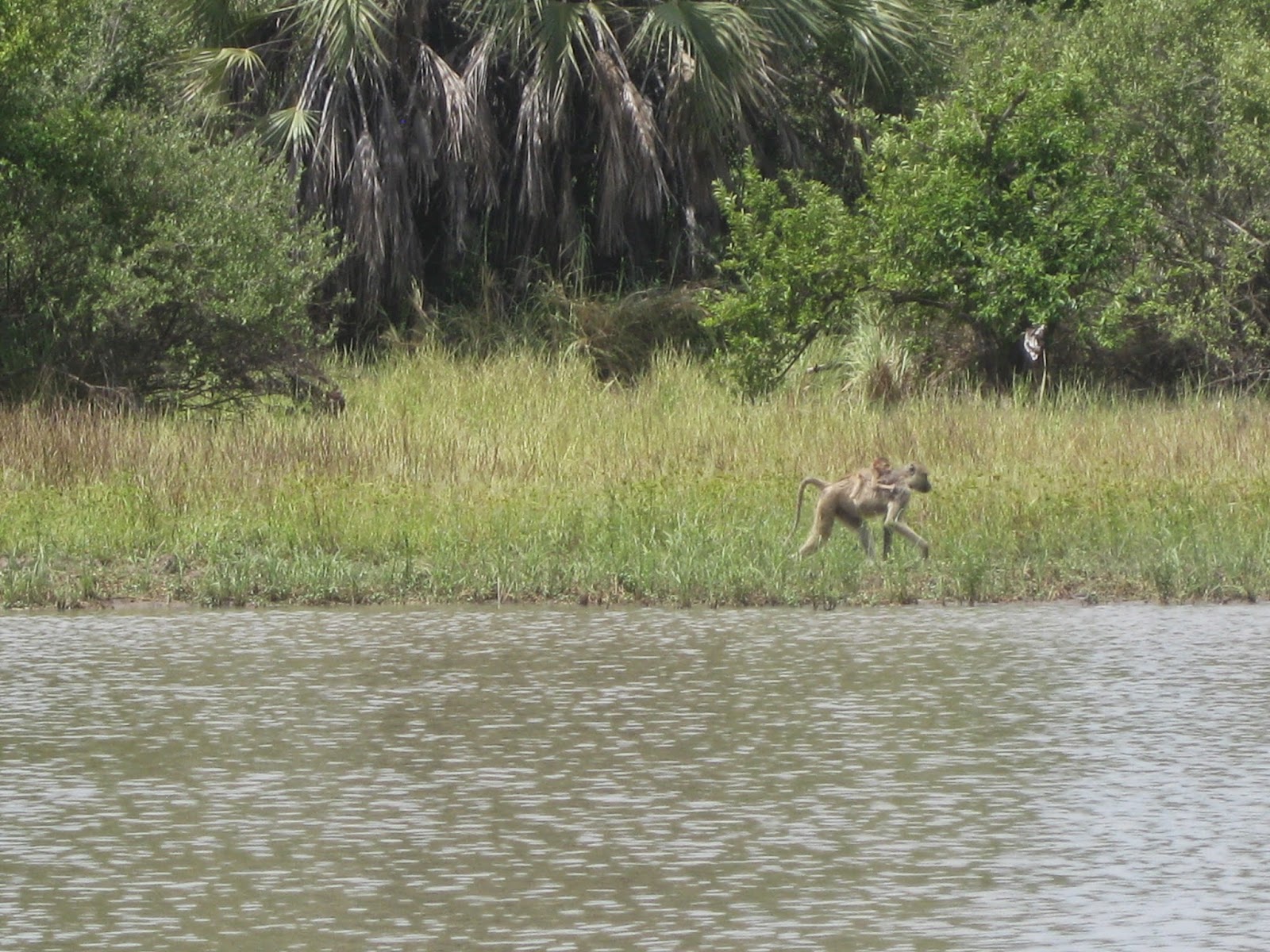 The least bad family picture from the trip: 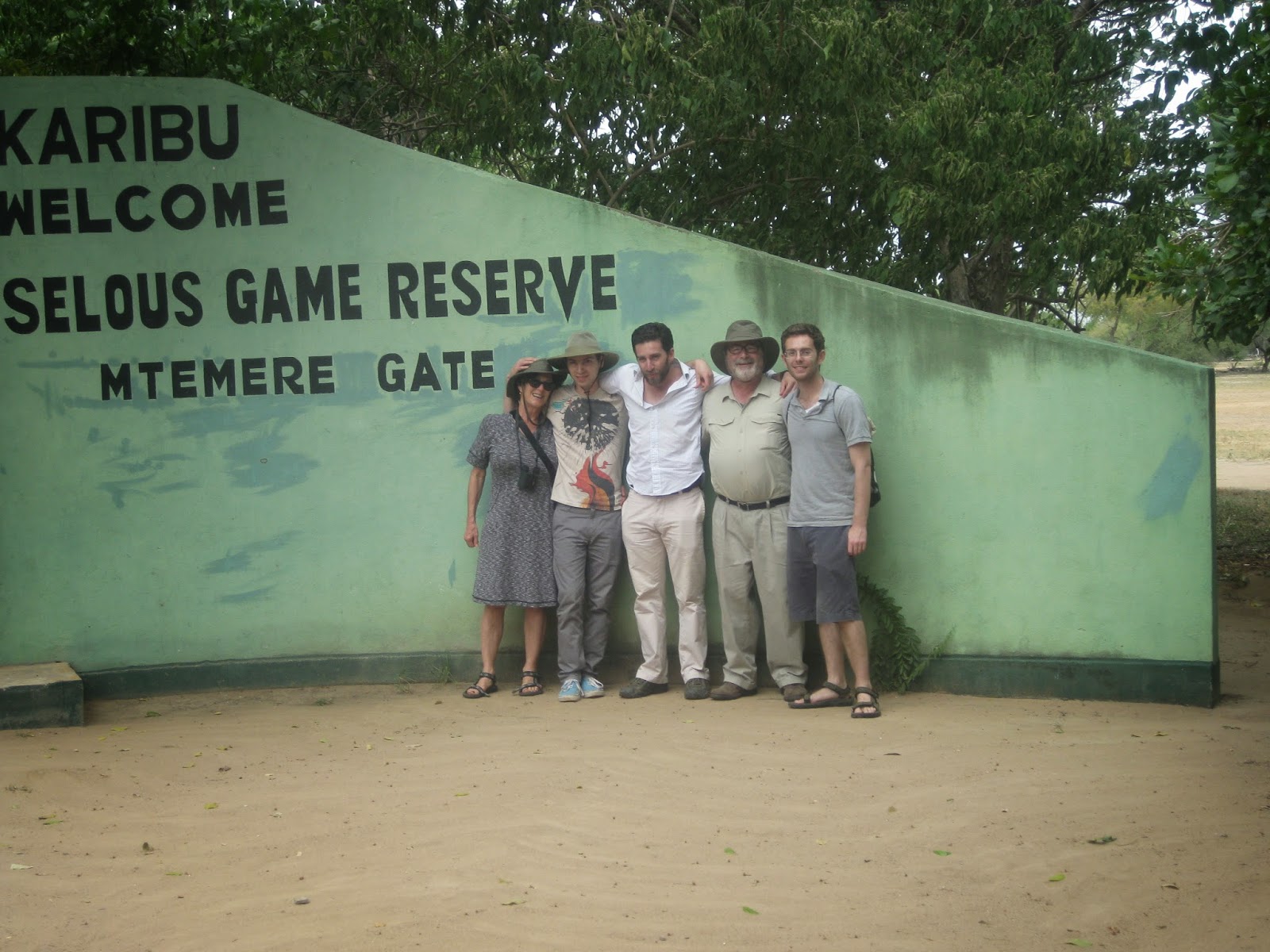 We took a vacation from our vacation with a few days in Zanzibar, which is known among other things for its ornate wooden doors: 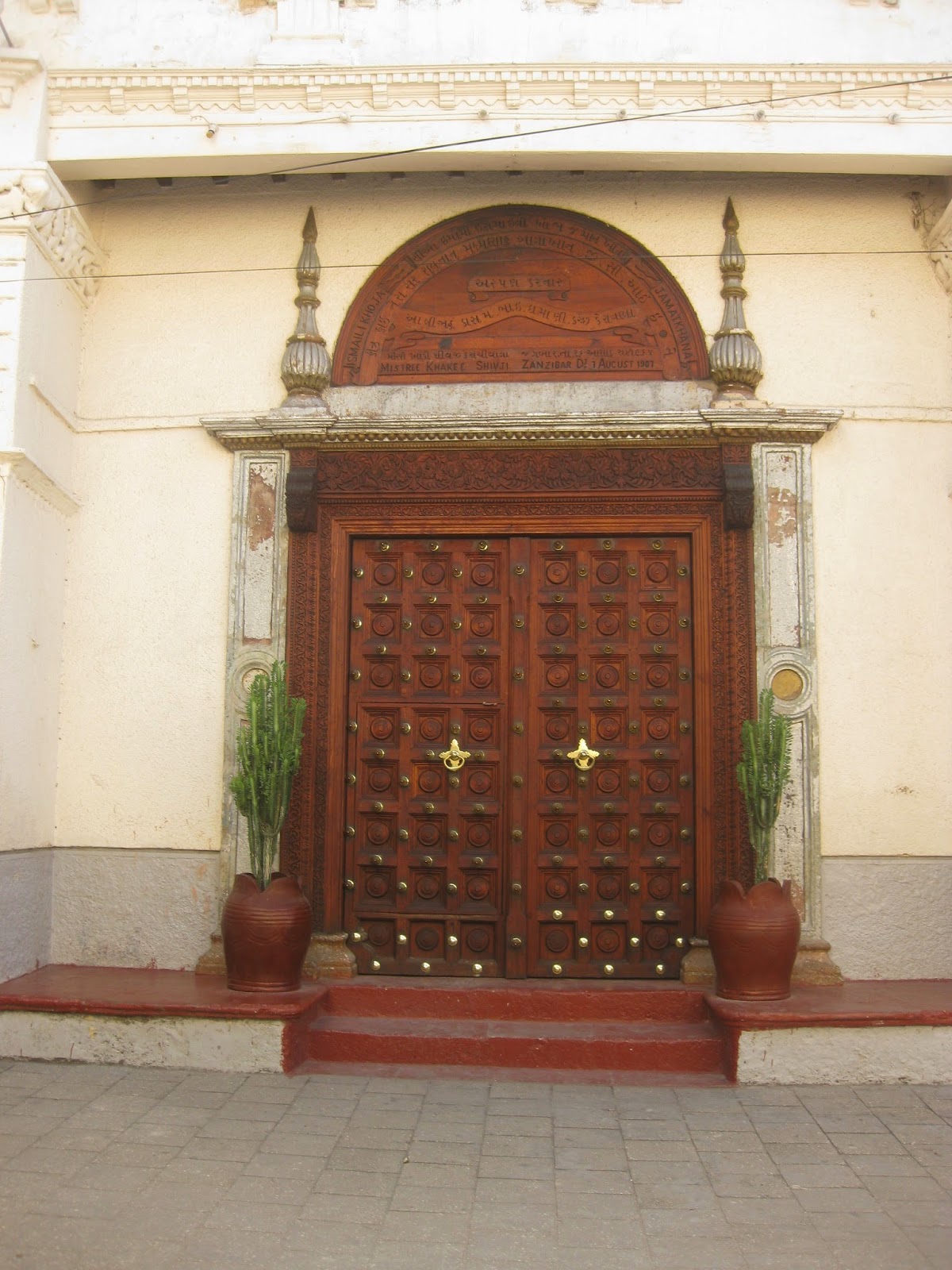 Thanks, Mom for the pictures... Oh, and for the trip.

Next up is a quick weekend trip I took in January to Wenchi, a crater lake inside a dormant volcano south of Addis.

We hiked down to the lake, and I got a couple picturesque shots along the way: 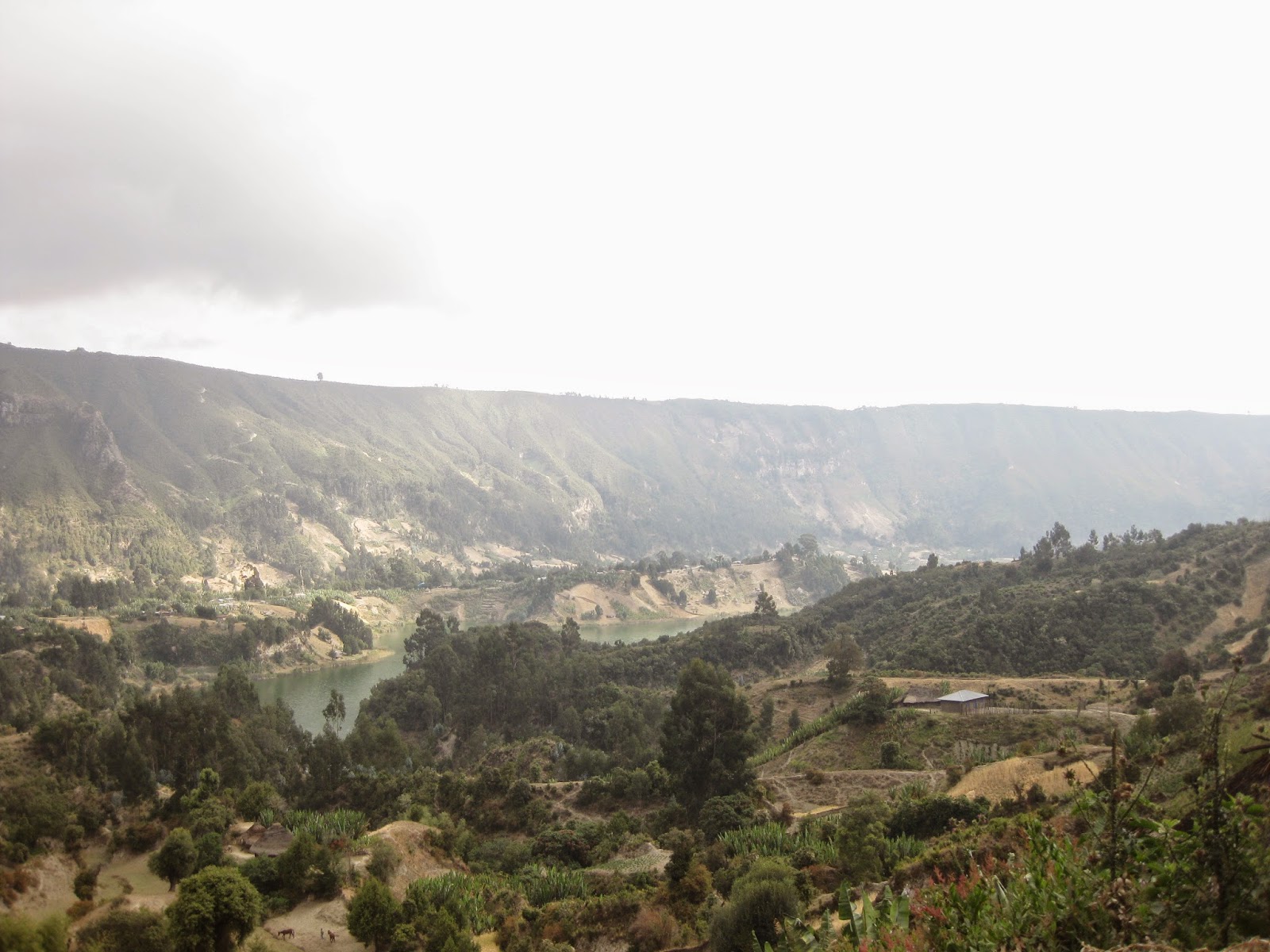 In this one, the lake's crater-ish nature becomes clearer: 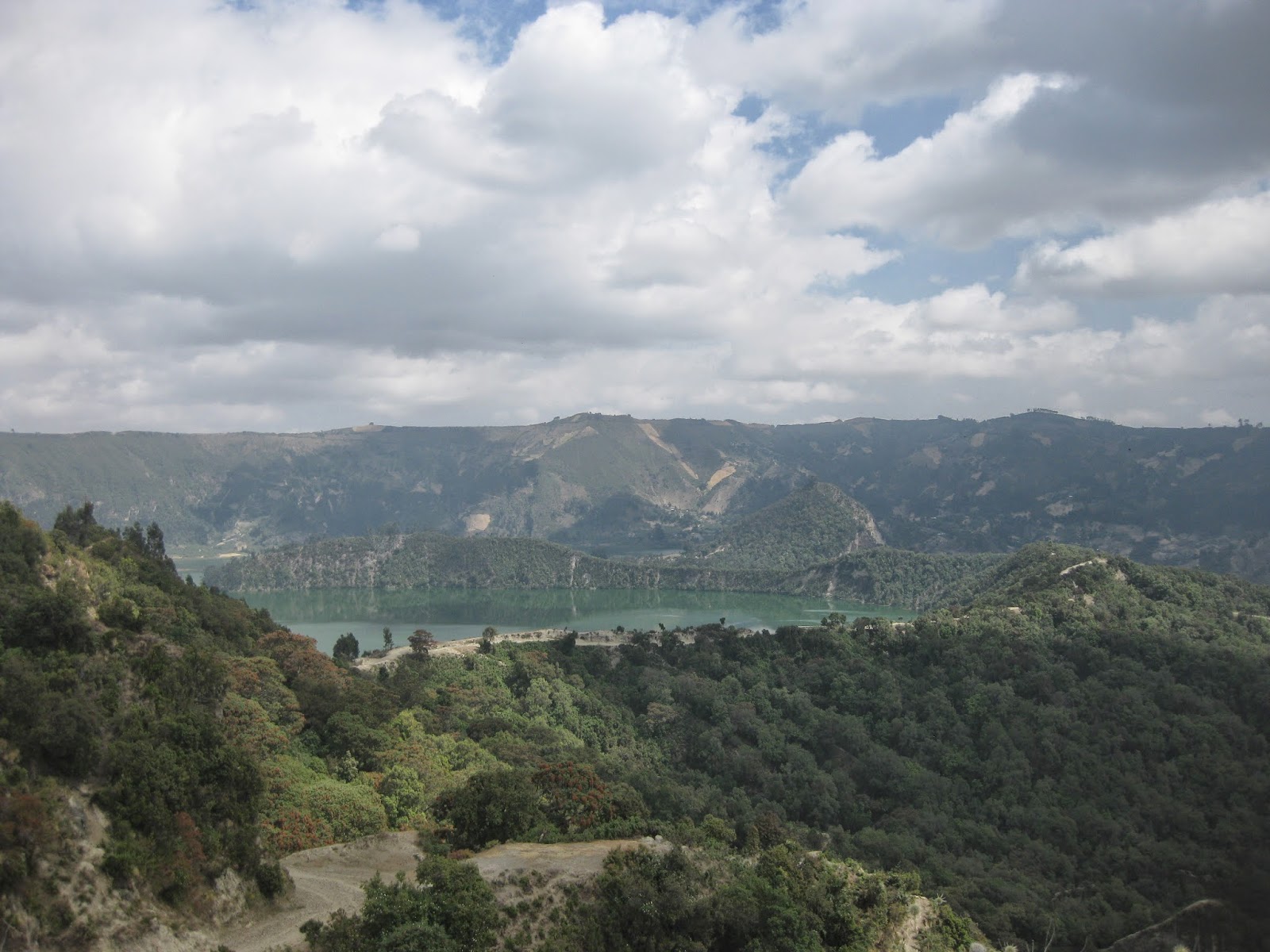 And now it's on to further scenes of nature. Gonder, a city in the Amhara region of Ethiopia (north from Addis), is famous as Ethiopia's capital from the 17th through 19th centuries. It also sits near another beautiful region of Ethiopia, the Simien mountain range.

Our trip to Gonder was another brief weekend trip, but we spent the first day on a short day trip into the Simiens. We saw this vista when we started a short trek, just near a lodge that claimed to be Africa's highest: 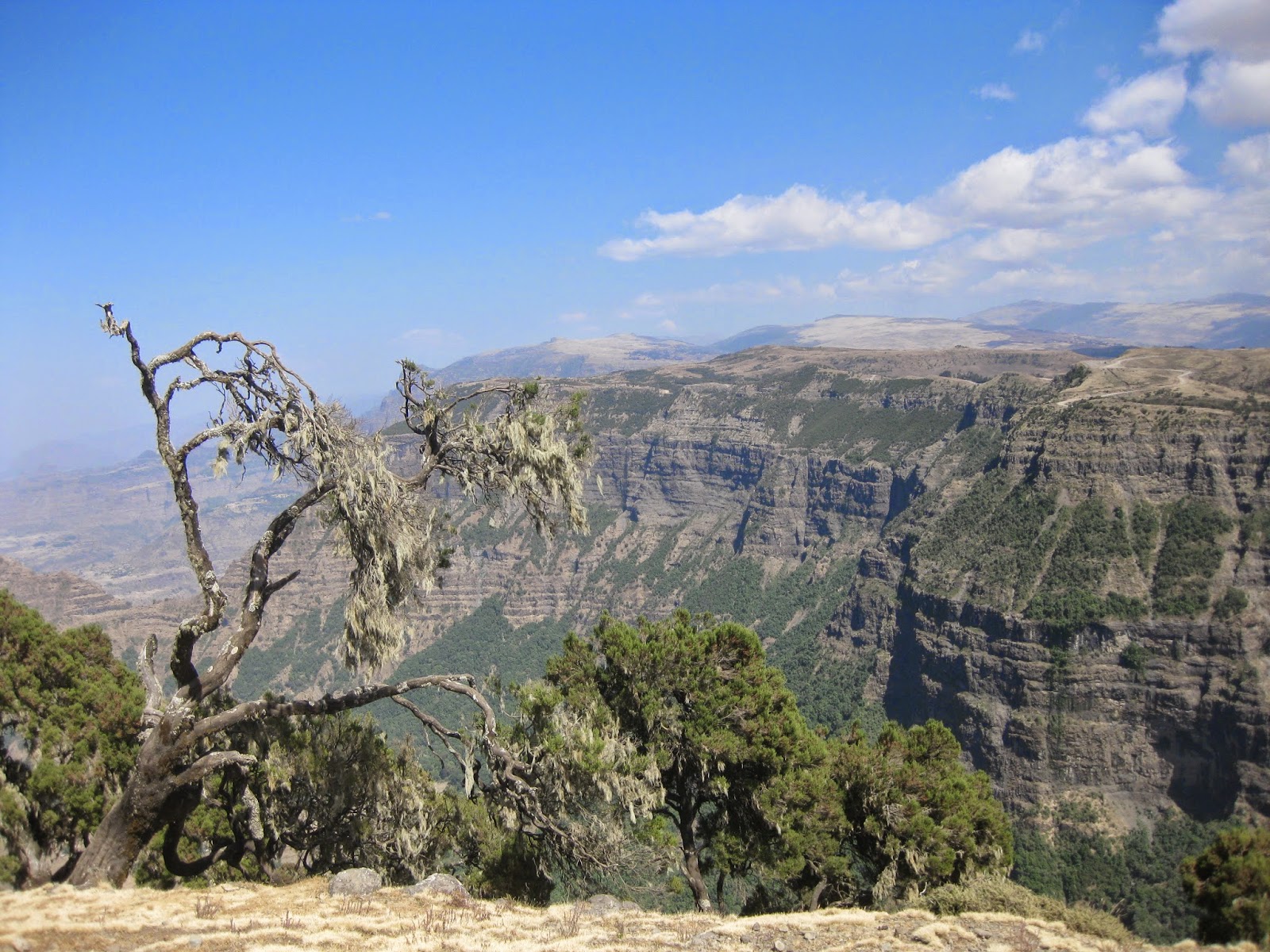 Below is another view with some further interesting rock outcrops: 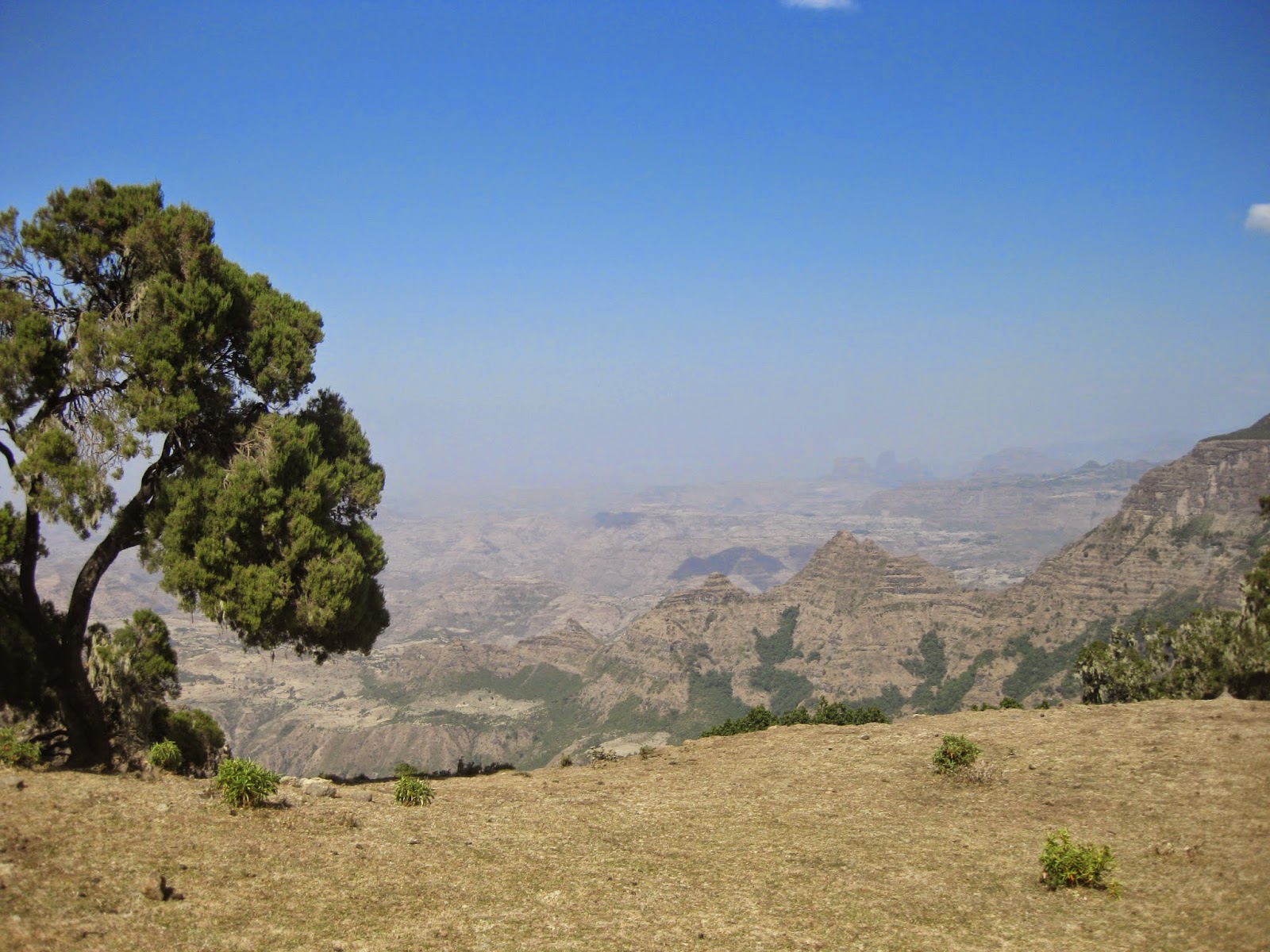 The Simiens are also known as a home to gelada monkeys (which can also be known as gelada baboons, although they may technically not be) -- here's a male looking funnily serious: 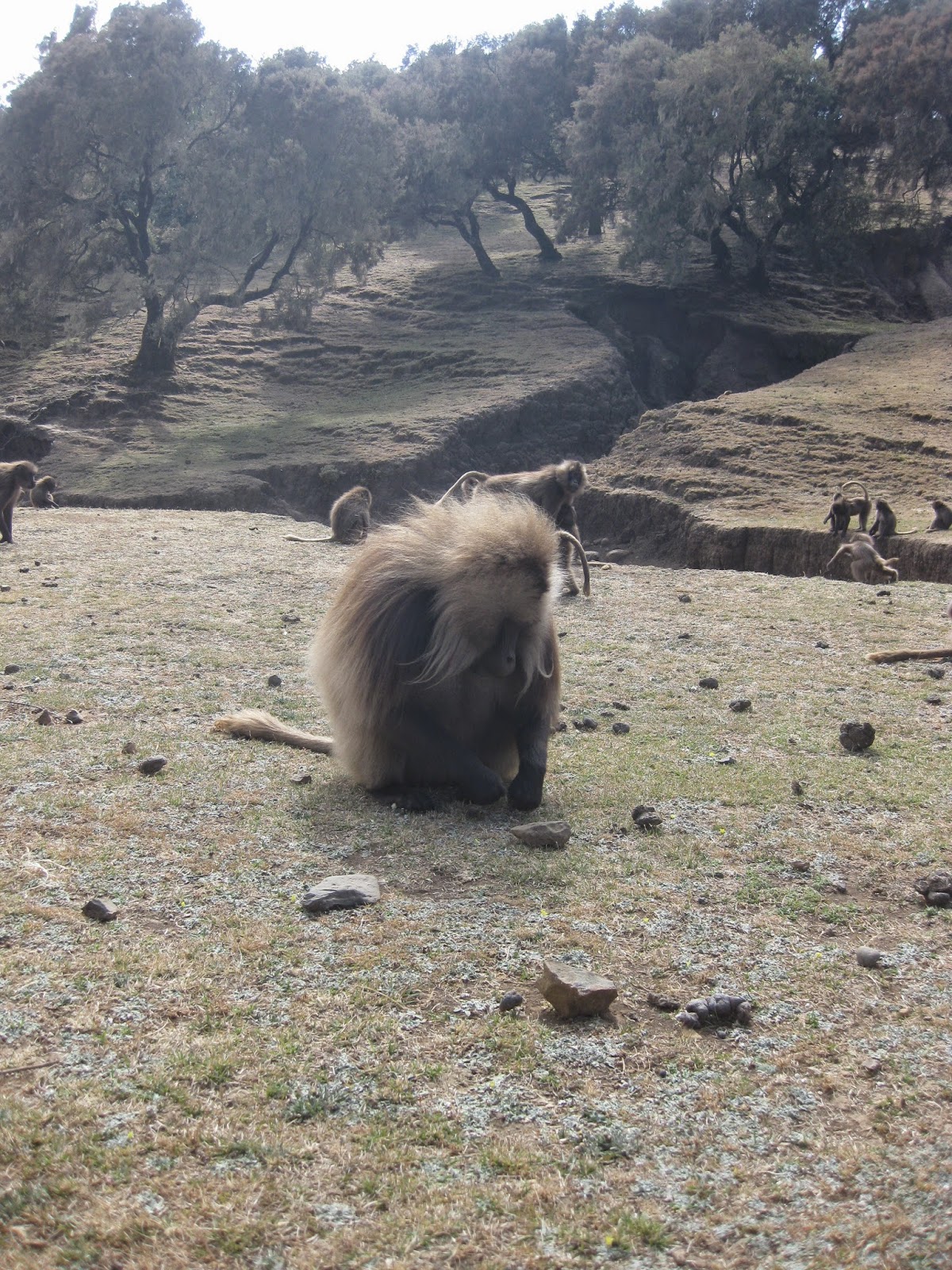 And here's a female showing the gelada's distinctive characteristic, a read "heart-like" patch on the chest: 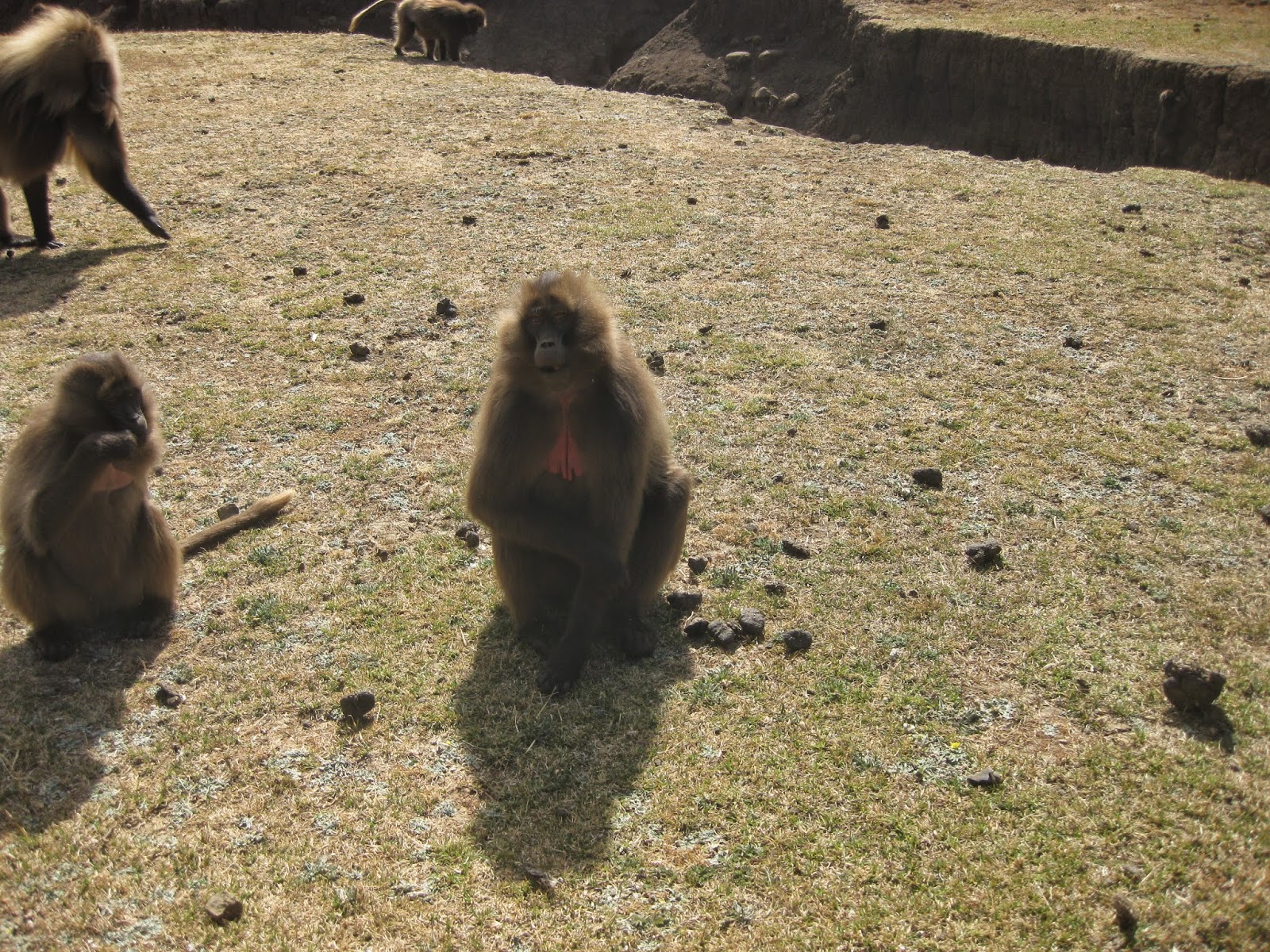 On the way back into the city of Gondar we passed a disappointing "Felasha village." The Felasha were the Ethiopian Jewish population, often considered a "lost tribe" of Israel, and were present around Gondar. In past decades, those among the Felasha who Israel recognizes as Jewish have emigrated to Israel. This village still possesses an unremarkable building that claims to be a synagogue, decorated with pictures of visiting Israelis. It also has plenty of items for sale to those who stop: 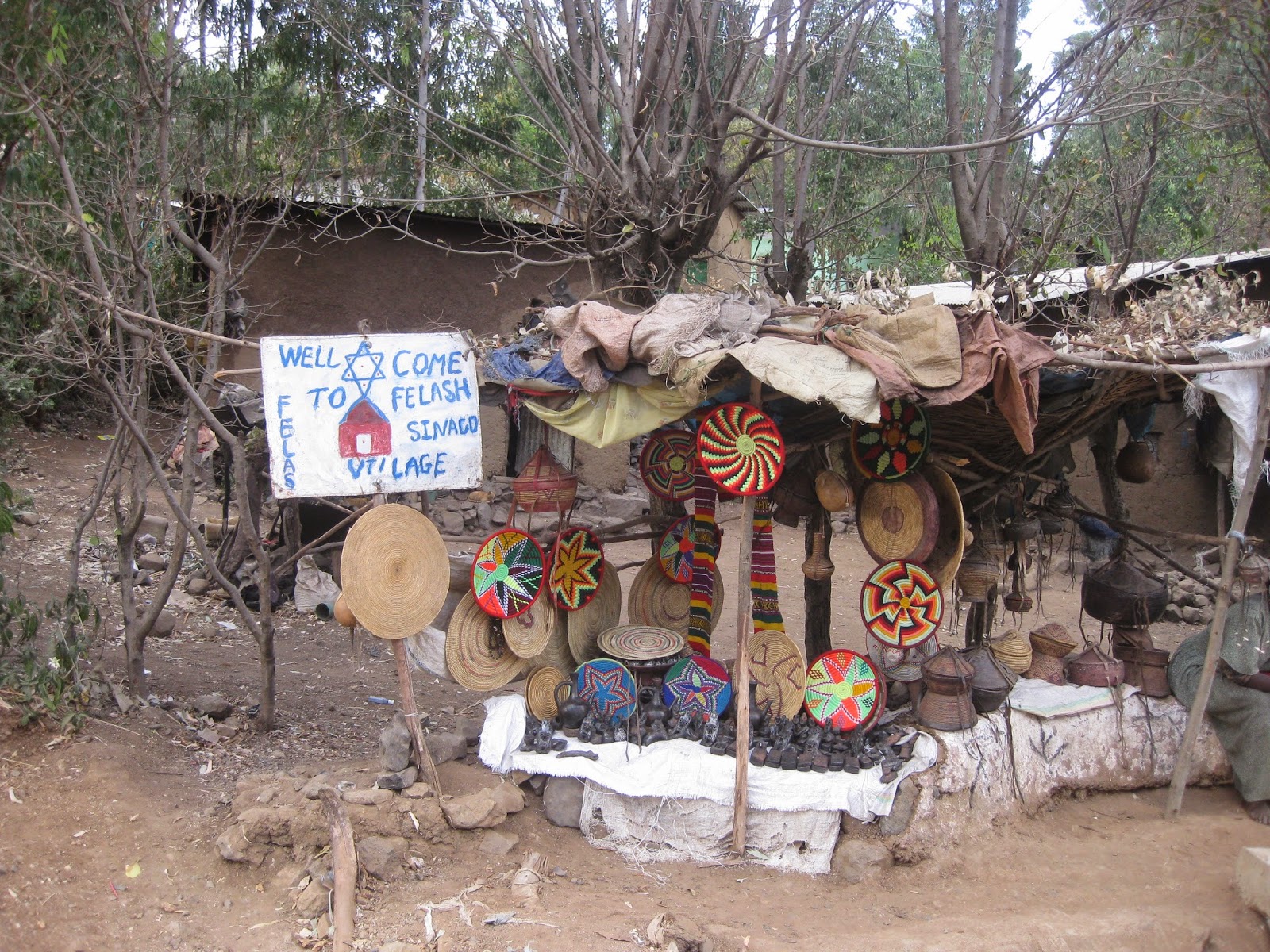 We also stopped on the way back to view the sunset from a hotel overlooking the city. It was once government-owned, and had a cool sign: 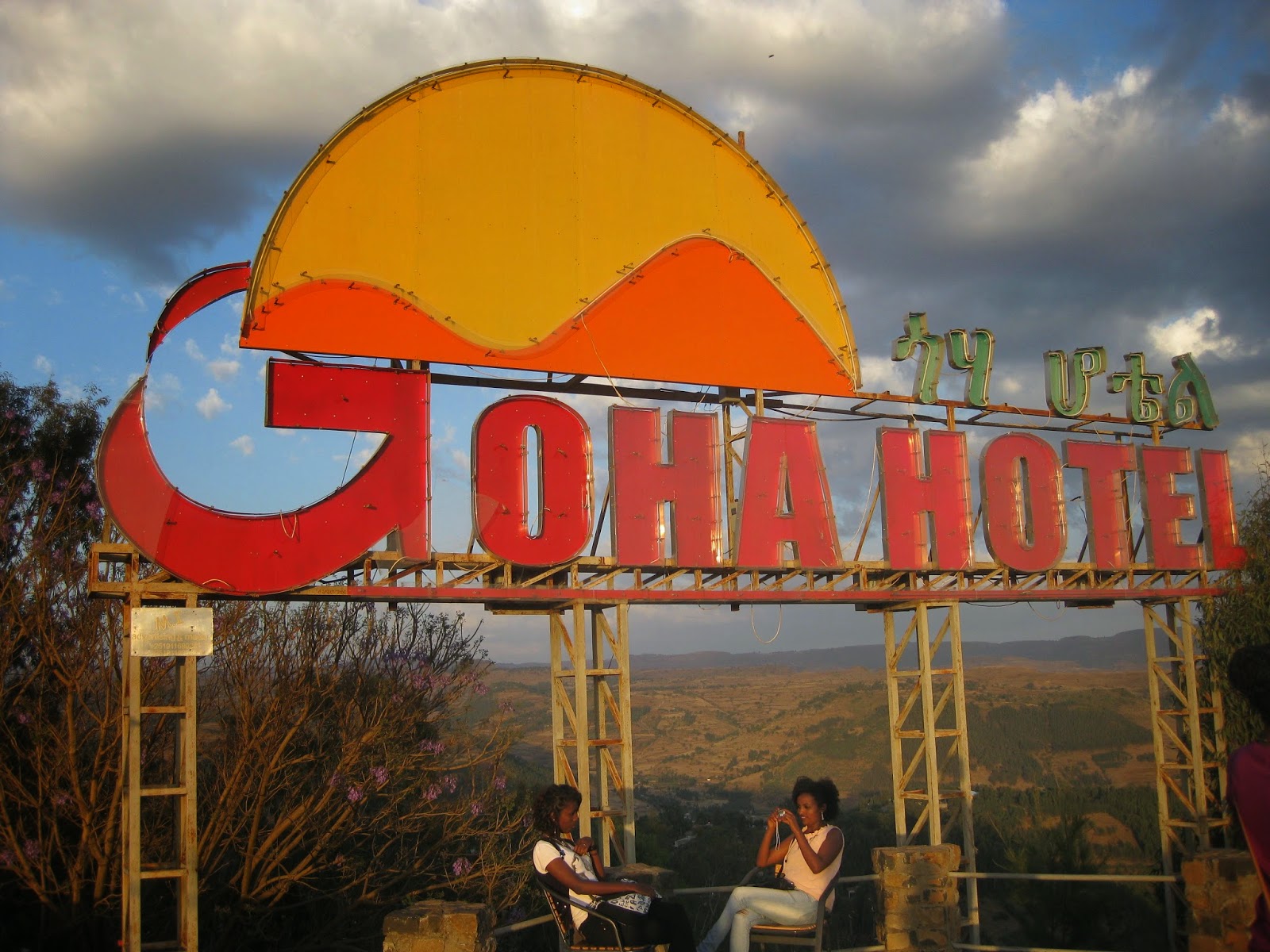 The Gondar castle complex, built across several reigns by successive rulers trying to one up each other, is the main attraction of Gondar: 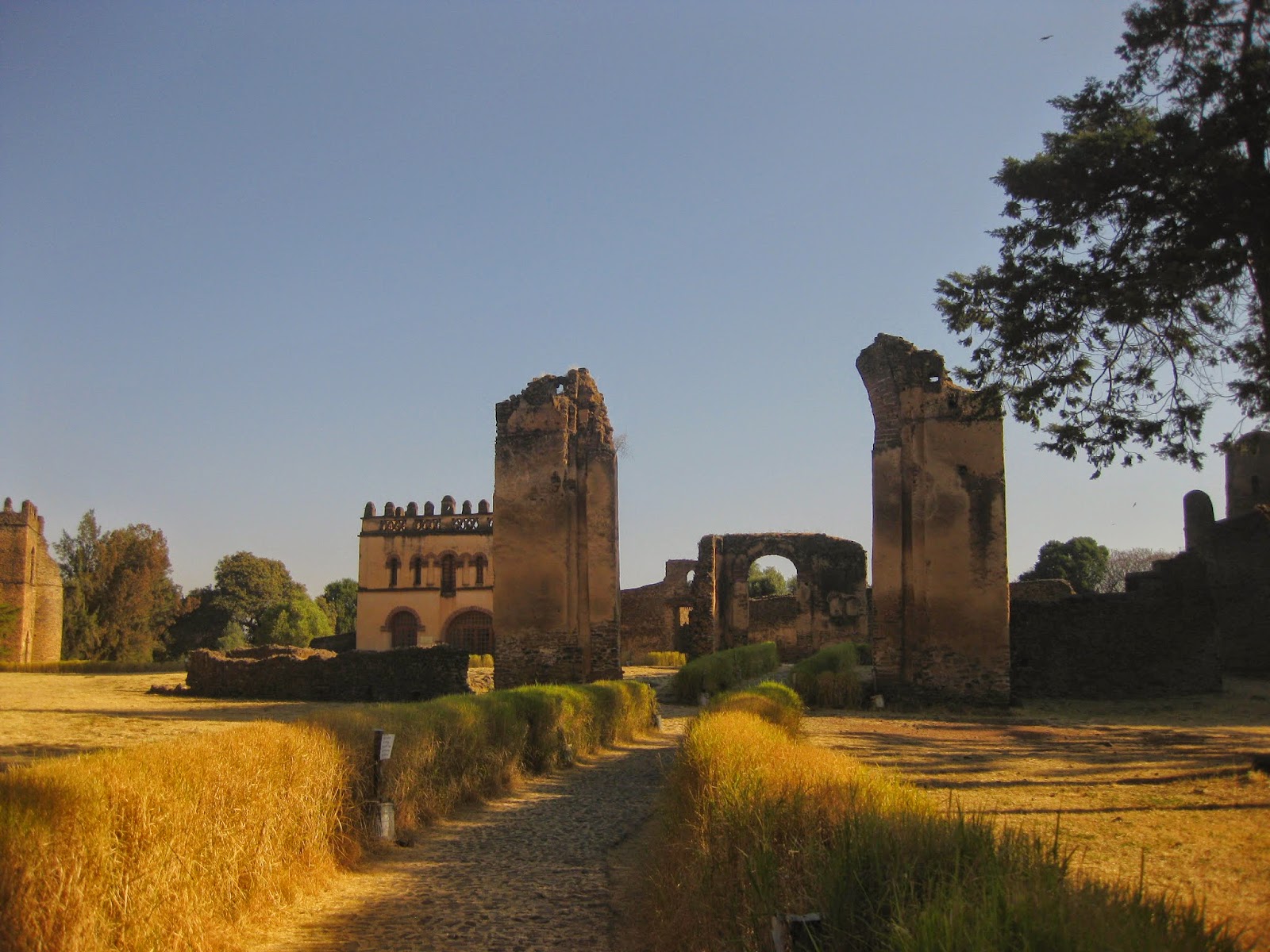 The buildings were impressive, and showed the clear sign of the European architects who Gondar's kings enlisted to help build them : 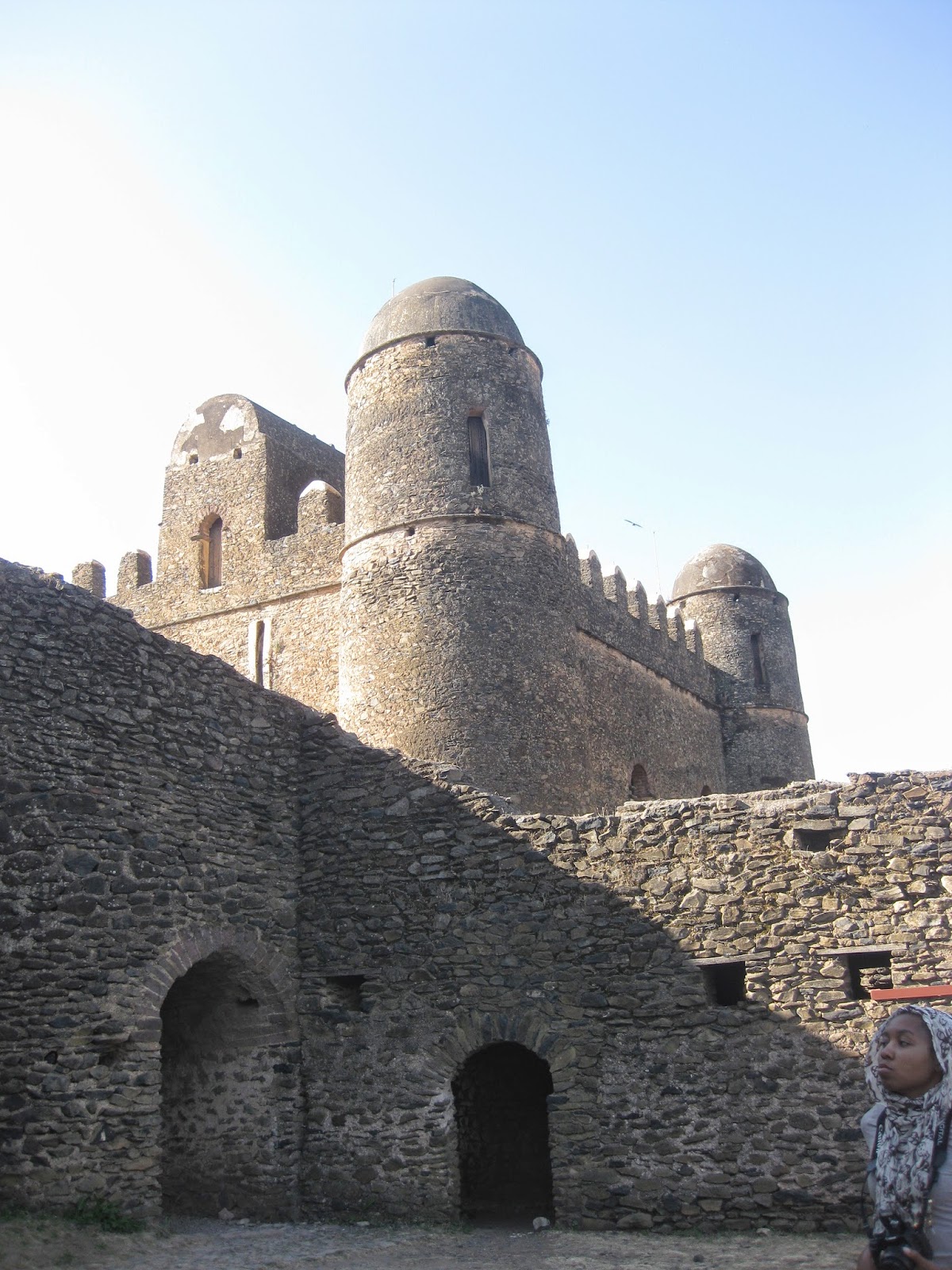 In some ways, it felt like stumbling upon the citadel of a medieval princedom: 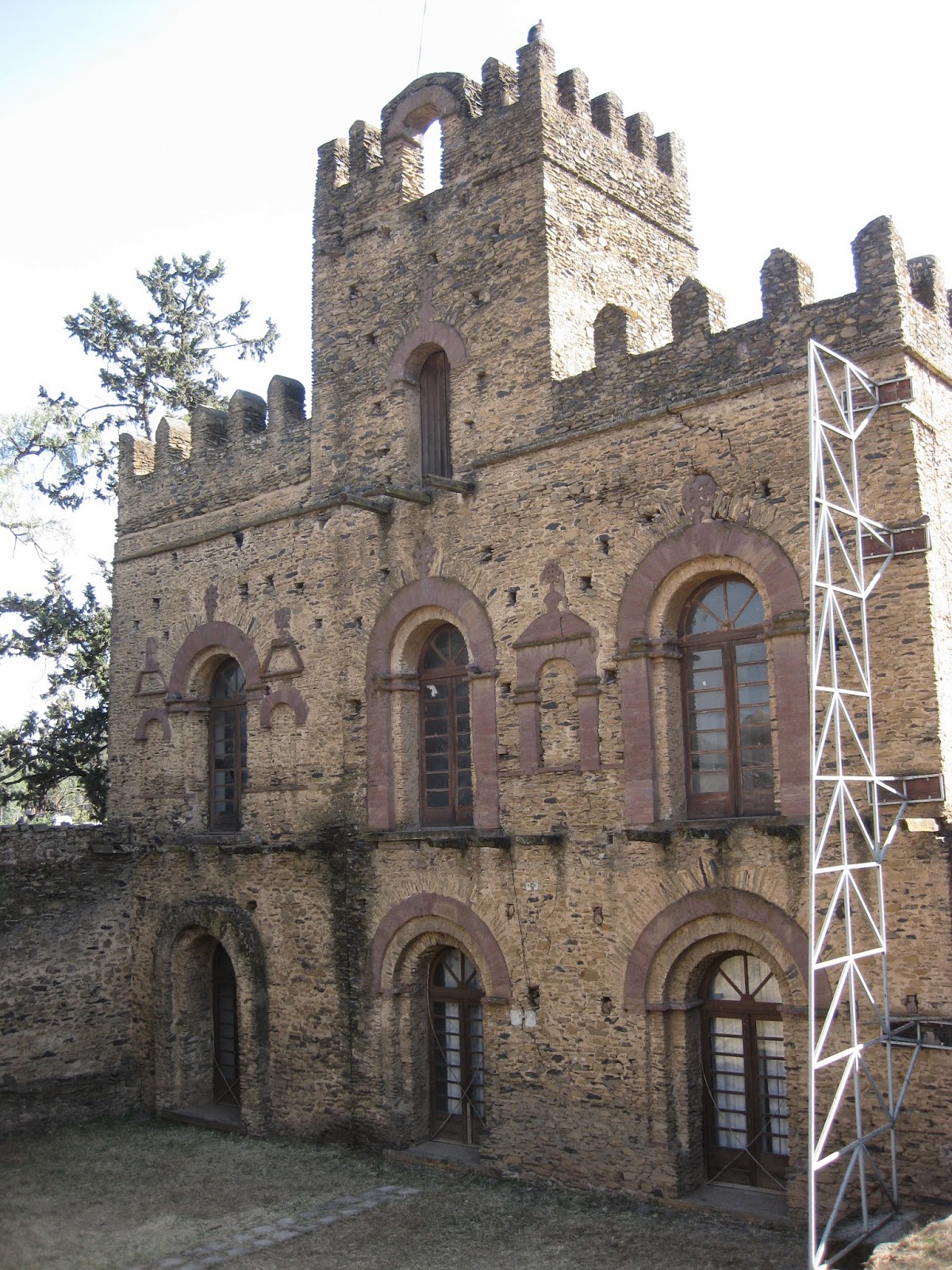 After the castle and before the flight back to Addis, we stopped by this church, which was another of Gondar's main attractions. I believe it had an interesting legend behind it, but unfortunately it's one that I honestly don't recall: 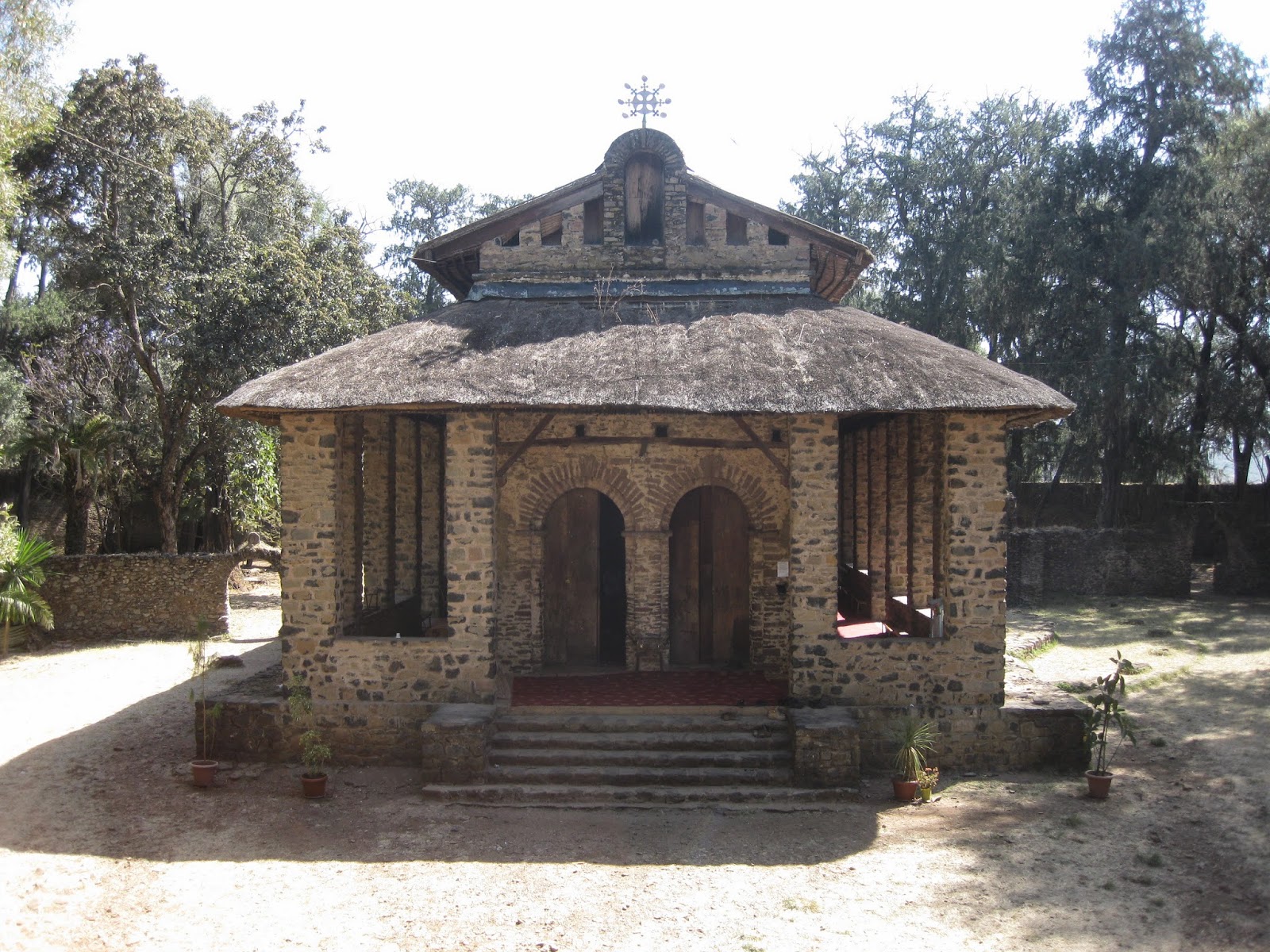 Inside the church compound, we saw an Ethiopian wedding taking place: 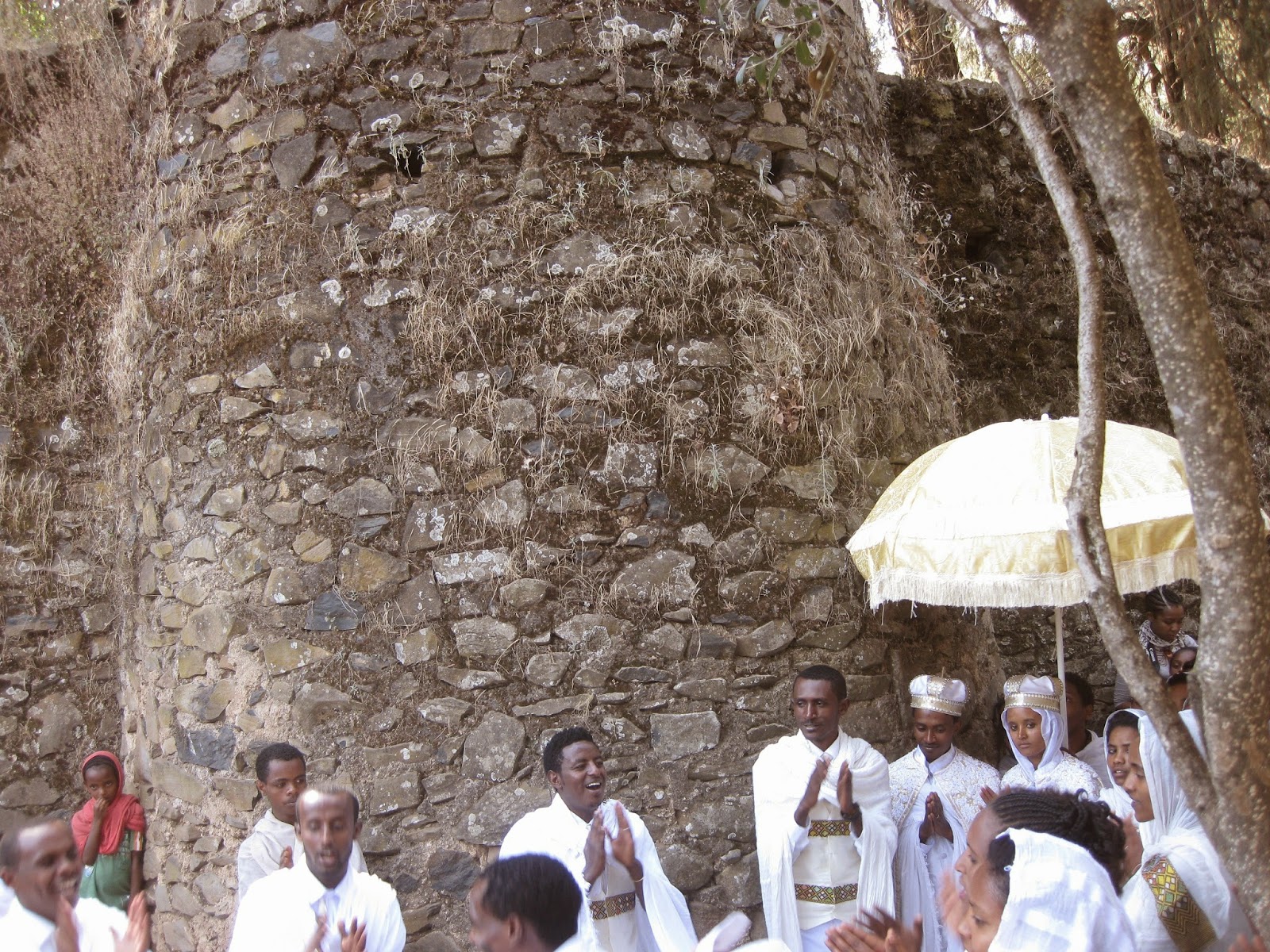 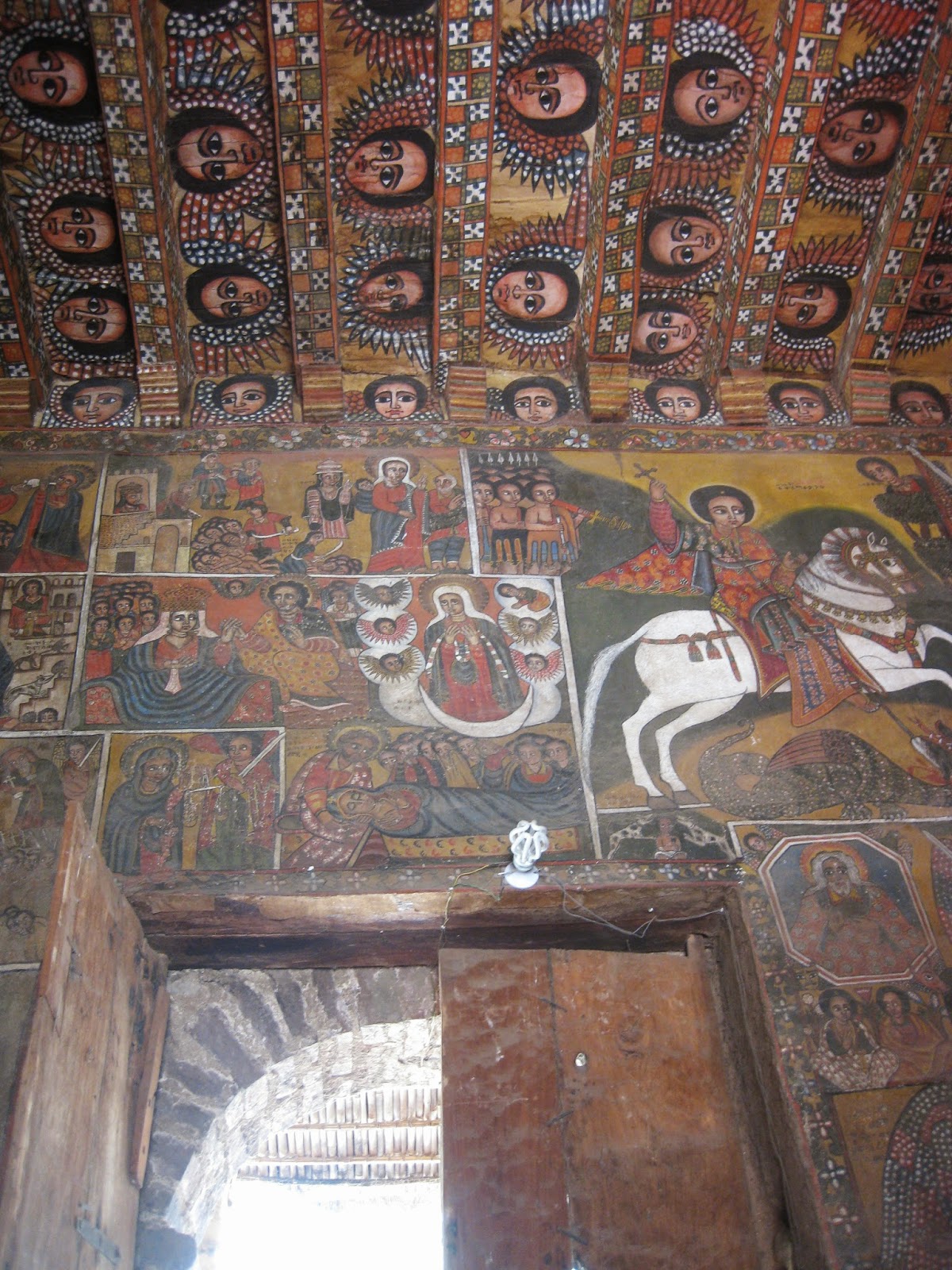 So that was one month of travel. Next up: Kilimanjaro!
Posted by MJK